John Lee Dumas: How The Host Of Entrepreneur On Fire Joined Up His Dots

Listen to the Episode Below (00:13:26)
0.75x
1x
1.25x
1.5x
2x
0:00
00:13:26
Apple PodcastsGoogle PodcastsPlayer EmbedSharePls Leave A ReviewListen in a New WindowDownloadSoundCloudStitcherSubscribe on AndroidSubscribe via RSSSpotifyTuneIn Radio

Welcome to the John Up Dots Timeline Looking At

John Lee Dumas is an inspiration to many people across the world, who hear him talk on a daily basis with entrepreneurs, businessman and the movers and shakers of the world.

He is the host of the award winning daily podcast, Entrepreneur On Fire, which since its birth back in September 2012, has lead the way in what can be achieved in the world of podcasting. 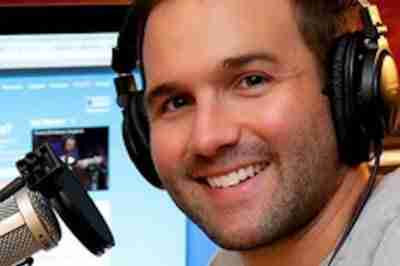 John Lee Dumas was not the obvious choice to become the man behind the mic, but as we always see on Join Up Dots, when you look back over the life of the person, you can see how the dots join up clearly.

And this is certainly the case with John Lee Dumas.

John Dumas was born as he says in his own words “A simple country boy from the State of Maine” and throughout his childhood was a child who was an extremely active and popular child.

John Lee Dumas, or John Lee as his parents called him liked nothing more than hitting the school playground everyday, and indulging in kickball with his mates.

And growing up in a state where his childhood years were spent on lakes in the summer and ski mountains in the winters, it is with little surprise that when his childhood years had past, he didn’t actively seek a job behind a desk, which is where you can find him much of the time working today on Entrepreneur On Fire, but instead went for something far more active.

Active in body, and active for his country, as in 2002 he entered the military and for the next eight years, John Lee Dumas performed the role as Captain, and Armor and logistics officer for Uncle Sam.

And this is one of those dots on the Join Up Dots timeline, that helps pinpoint the success of Entrepreneur on Fire. 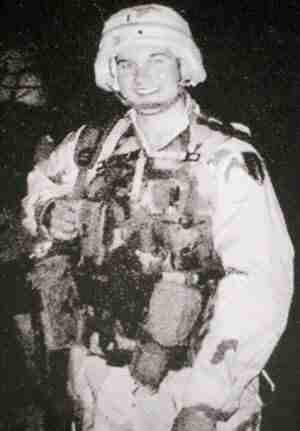 Whilst in the military, John Lee Dumas was trained in structure, planning, organisation and effectiveness, all brilliantly useful as a soldier, but equally useful as a high flying Entrepreneur.

So many people point to the success of his seven day per week podcast Entrepreneur On Fire, and ask how can you record so many episodes and not burn out?

Which John Lee Dumas quite candidly will point out, is down to the skills that he learnt during his time in the armed forces, which he has utilised to such brilliant effect with Entrepreneur On Fire and his other income producing business spin offs.

An interesting fact about John Lee’s time in the military was that he became the first platoon in America to perform a tour of duty in Iraq, during the conflict there in the early two thousands.

For thirteen months, he worked tirelessly supporting his platoon, and building up his commitment to the task, until it was time to say goodbye to Captain John Lee Dumas, and say hello to the civilian version, that was to become anything but as effective as his previous incarnation.

The transition from the military was not an easy one to perform, and John Lee Dumas points out in his own words, that he was searching for something that could replace the self worth that he had felt previously.

As he says “My transition was brutal and different compared to others’. I thought I had everything mapped out. My father is a lawyer so I immediately thought that law would be a great profession for me to move into. I applied to law school and got accepted for the fall of next year. Before that I knew I would spend the year traveling. What I should have looked at people out there in the civilian world who were veterans and non-veterans that were actually doing things that inspired me. I should have tried to find out how I could have learned from these people. I wish I turned it in that direction.”

So in those words we can already see the makings of the John Lee Dumas podcast king that we can see today.

Before Entrepreneur On Fire was even an idea to be hatched, he was looking for structure, organization, and the ability to inspire and be inspired.

He was prepared to ignite, although at that stage John Lee Dumas was still looking in completely the wrong direction to find that spark.

Interestingly across the world, there is a similar path to how we live our lives, and it has become very much a theme of Join Up Dots.

When growing up we get told what to do, by parents, teachers, mentors, scoutmasters, the list goes on.

And so it’s with little surprise that the time comes for us to make a decision as to what we want to do with our lives, and we have no idea.

How can we know, when for the first twenty years we have barely made a decision for ourselves?

And that is where John Lee Dumas found himself, and after a gap year travelling the world and feeling lost and liberated all at the same time he returned, and entered into the world’s favourite career destination.

He followed that path that he had already seen travelled by his father, and enrolled to become a lawyer, which turned out to be one of the world’s worst mistakes, at least it did for John Lee Dumas.

John Dumas seems to react strongly to emotions and feelings, and will fight back quicker and more determinedly than most people.

Most would discover that they didn’t like something slowly, and then decide to remove themselves from that pain slowly too.

John, realised on that very first day that he hated it, and knew that what he had enrolled for was a massive error of judgement on his part. Without any idea of what he wanted to do, or what he wanted to become he quit at the end of the first semester.

He had to face his parents, his friends, his colleagues, ex-students, and worse of all himself.

In very short time he had gone from being a Captain in the military that people looked up to, and reacted strongly to his positive messages to someone that he couldn’t even respect himself.

John Lee Dumas, here is another one of your dots.

The self-worth that you now feel and strive everyday to grow within your listeners was gone.

You were being given the clearest clue that you were the ideal avatar to what you would become.

You were a person that needed to feel “On Fire” and love every second of your life.

Self-worth, passion, a clear message, followers, structure and organisation had been planted within him, and very soon those dots would explode, and Entrepreneur On Fire would be realized.

But still we have a few more dots to cover before we get to the true path of John Lee Dumas, Host of the award winning “Entrepreneur On Fire”. 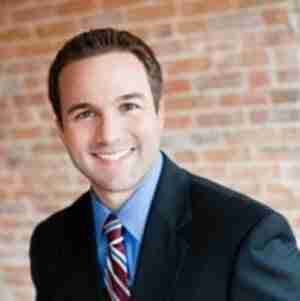 In 2008, John joined the company John Hancock and set about rebuilding his life, confidence and belief that he had something worthwhile to offer.

Entering the world of corporate finance John Lee Dumas, found that he had a natural talent for making money and quickly became seen as someone new to look out for.

For eighteen months his star was on the rise, and the decision makers of John Hancock knew that they had someone that was worth investing in.

They had an employee on fire!

But, as we see time and time again with John Lee Dumas, if it doesnt feel right, then no matter how much money or success is coming his way it still won’t make it right.

And on the day when he realised that he had survived a series of staff cuts during the downturn in the economy, the heads of John Hancock told them all “If you are not with us 100% then walk away because we are only going to work with people that want us”.

And instead of being relieved that he had a job, a career path, and a company that was willing to make big decisions, John Lee Dumas took what seems a remarkable decision.

A great one with hindsight, but one that from the outsider’s viewpoint appears as almost lunacy.

He realised that he wasn’t 100% with them, and although now earning a good income, with a new condo in Boston, told the company “Enough is enough” and walked away into the unknown and complete insecurity again.

Different roles came and went during the next four years, and John Lee Dumas traveled the length and breadth of the country, performing roles that were not him.

He switched roles, direction, and salaries and no matter what he tried the path that we had already seen was screaming out for him, was just not visible to his own eyes.

He didn’t realise that he had a mission to inspire.

He had words waiting to be spoken to a global audience.

He had followers ready to be led.

And then one day, in the most unexpected of locations, the tyres of John Lee Dumas’s car rolled another two inches and found the path that he was looking for.

On just another seemingly normal drive to perform the role of Commercial Real Estate broker for the The Dunham Group, the big dot arrived in John’s life.

The tyres had found traction on what would become the starting point of Entrepreneur On Fire.

During all the time driving around America, John lee Dumas had fortuitously consumed podcasts to pass the time, and to help him feel inspired and motivated.

He loved them, and had his favorites that were to be his daily companions, as he burnt up the miles of American roadway.

The familiar voices, that had become the soundtrack to his life.

But one day, these friends fell quiet.

The voices that had accompanied him for hour upon hour, now had nothing more to say.

He looked through his MP3 player and realised that he had run out. Such was his desire for listen to the learnings, speeches or just plain fun and informative conversations that John Lee Dumas had exhausted his supply.

He was consuming quicker than the hosts could deliver the content.

“Why can’t there be daily shows seven day per week?” mused John Lee Dumas, as he switched on the radio to listen to several hours of Miley Cyrus and musical fluff. 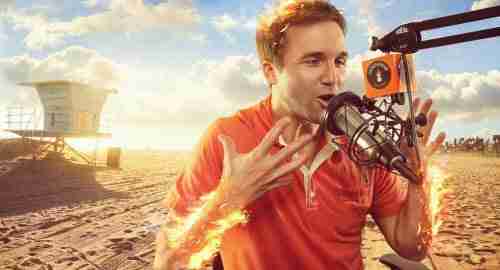 He had found it. He had joined up his dots, and found his path.

If no one else was delivering content seven days per week, then why couldn’t he?

Why couldn’t he be the first guy to do the unthinkable and create more content than people could consume.

And with that thought, lots of uncertainty, and no idea what he would even call this vision,

Entrepreneur On Fire was born.

Now several years later, the humble beginnings of this award winning podcast are far to be

He has joined up all his dots, and now seven day per week is helping others find their own.

So do you think that you can push through so much uncertainty and disappointment?

Do you think that you have what it takes to follow the voices in your own head, and create your own path?

Well if you do then there is one thing to say.

Reader “You are prepared to ignite”

John Lee Dumas Can Be Found Everyday at EOFIRE.COM