246: Shawn Collins: A Man Who Has Left A Legacy For The Worlds Unborn Children

246: Shawn Collins: A Man Who Has Left A Legacy For The Worlds Unborn Children 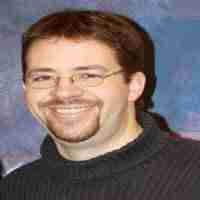 Todays show is going to be different from the majority of the Join Up Dots shows that have been delivered to the world so far.

But in many ways it has the same traits too.

Strength, courage, openness, persistence, creativity and love are in abundance on this show.

Todays guest has experienced something that so many people have endured in their desire to start their own families….miscarriage.

Along with his wife, Kristine and his three children Elise, Charis and Clare, he made the bold decision to instead of pretending it never happened, and to speak about it in hushed tones, he would embrace the fact. He would keep the children that he had lost alive within the fabric of his family.

He wrote the amazingly powerful book “Letters To My Unborn Children” where he not only writes letters to the children he lost, but explains from the heart how he felt from hearing the words “You are going to be a dad” to walking away from another terrible heartache.

Three times he has dealt with something so personal and heart-breaking that you wouldn’t wish it on anyone, anywhere

This is a moving book, that shows that fathers are as much a part of the process of grieving and healing, and need the same support as mothers, but for some reason do not get the same aftercare.

So how did he manage to write something, that even in the first few chapters that I read I struggled to go on with feeling the upset and distress that he has been through?

And was the book well received by everyone, or does the world need to hide away from these things?

Well lets find out as we bring onto the show to start Joining Up Dots with the one and only Shawn Collins.

How he loves Marmite and tries his hardest to share this unusual taste with his American friends and families who are less than keen to say the least.

Why he was fearful of being a Dad at first, even though the excitement of being a father was all around him.

How he felt when he and his Wife went through their separate grieving processes, and how it took many years to make the connection between their different journeys.

Why it took him eight years to publish his book, and how it started from humble beginnings, but grew until he was ready to share it with the world

How he is so proud of his journey and the legacy that he has left behind for the worlds men, and future generations to come too.

How To Connect To Shawn Collins