247: Lee Gaitan: A Lady Who Hit Rock Bottom And Bounced Back Bigtime

247: Lee Gaitan: A Lady Who Hit Rock Bottom And Bounced Back Bigtime 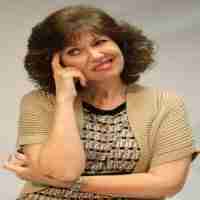 Most of the time on Join Up Dots I write the intros to the show, by researching many different resources to get a flavour of what the guest is all about.

And then every once in a while a guest comes along who basically writes their own intro, and this is what happened today

I checked her “about page” and saw the following, and thought wow how can I top that…..so in her own words

“In the past twelve years I have had to deal with more than a healthy helping  of “are you kidding me?” moments.

In 2002, I hit rock bottom. It was so bad I  lovingly refer to it as a year of “shock and awfulness.” That year my father died,  my mother was in the hospital, semi-comatose from grief, and my husband of  22 years lost every penny of our money BEFORE running off to Arizona with  his girlfriend, who just happened to be a former stripper.

That was just the beginning.

I spent the next decade struggling with loss and challenges on every  front, from finances and family to health and career.

While there were many bounces up and down over the years, I have finally  bounced back and it was well worth the effort. I’m now happily remarried,  employed and have published my second book. I even have children on three  continents and a granddaughter far too far away!!”

Now that is a movie in the making if I ever saw one.

So what is it about todays guest that has managed to find the strength and desire to pull herself back in such a spectacular way?

And why is her book called “My Pineapples Went To Houston”??  I can’t wait for the reason behind that.

So let’s not wait any longer, and start joining up dots with the one and only Lee Gaitan

During the show we discussed such weighty subjects such as:

How she feels that it would be a bad thing to have two people like her in the world….I think she was joking!

How her husband came home after quitting his job and taking out a two million loan and didn’t tell her about any of it.

Why it is so important to allow your time for reflection when a part of your life ends.

Why she believes that you can do anything in life, even the stuff that you hate, if it means you are getting closer to your goal

How when something seems so hard to do, we should simply look for another way to do it!

How To Connect With Lee Gaitan