254: Isabel Foxen Duke: A Lady Who Didn’t Wait To Help Fight The Weight

254: Isabel Foxen Duke: A Lady Who Didn’t Wait To Help Fight The Weight 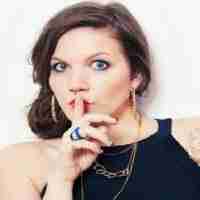 Starting her career in the Corporate world, our guest started her working life as far away from being the kick ass slayer of weight issues that you could possibly hope to be.

Working at first for Citibank, she moved through a series of banking positions at a rate of knots.

Many of them not lasting more than a few months in total.

A lady trying to find herself, whilst earning a living.

Not understanding the true passions that she had for helping others.

But all the while building the hustle muscle to explode from the gates when the opportunity appeared to her.

And that opportunity looks as if it appeared when she started working for the New York Institute for Integrative Nutrition that the dots began to join up and the path began to show itself to her.

But perhaps it didn’t and she was always interested in what caused weight issues and how to resolve them.

I suppose we will find out during the conversation, but what is true is as she says in her own words “My goal is to empower women around the issue of weight management and body image, so they can start living their lives like the badasses they really are.

Your weight dramas are scared of me – I slay them all day. ”

So was she a lady that has struggled with weight in the past, or was she someone surrounded by people that she realised that she could help?

And what was it about the corporate world that for an outsiders point of view didn’t really fit her?

Well let’s find out as we bring onto the show to start joining up dots with the one and only, Isabel Foxen Duke

Why so many women play a timid role and do not think that they can show outward confidence to the world. But they can and should!

Why she feels that growing up in New York gave her an urgency to hustle more and take action quickly whenever required.

Why she is focused on really drilling down to the 20% of the core values that will bring about the 80% results and rewards from her business.

How she was primed to work in finance as a young woman but never really felt that it was fitting her overly well.

How she had a willingness to have a different option to everyone else in her life, which has been a huge benefit going forwards to success.

How To Connect With Isabel Foxen Duke