261: Corey Poirier: From Standup To Changing Lives In Many Steps

261: Corey Poirier: From Standup To Changing Lives In Many Steps 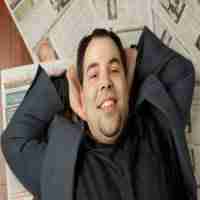 Do you get scared trying something new?

Do you start to wobble if someone asks you to get up in front of people and be authentically yourself?

Do you think that you haven’t got enough time in a day to make the momentum to work towards something rewarding and exciting?

Well for most of us these are questions that stop us in our tracks  before we get to do anything.

But for todays guest he is either 420 years old, or he has worked out how to maximise every second of every day to create a body of work that is hugely impressive.

Over 400 articles in print, an appearance on Canada’s Got Talent, over 3,000 interviews with the high achievers of the world, professional Comedian with over 400 performances to credit, professional Singer / Songwriter with 3 CD’s, Radio Appearances, and over 500 performances to credit, sought after Award Winning Speaker, bringing three 3 Stage-Plays and a One-Man Show to Life, you get the idea……..

So is this going to be a conversation about hustle, talent, belief, courage, or all of them?

Well we will find out, but I am fascinated at what started this journey off?

Was he inspired by a relative, friend, or teacher who was doing stuff their way everyday of the week?

Or does he just have a way of compressing time to live a life that is full and eclectic?

Well let’s find out as we bring onto the show to start joining up dots, with the one and only Corey Poirer.

How he didn’t read his first book until he was in his twenties and then read it twice in succession, and is still reading it today.

How he works hard at knowing what to say “No” to, so he can say “Yes” to the things that he needs to do more.

How he developed hypochondria in his early years and would literally look for things to be suffering from.

How he feels that he failed over 280 times from his first 300 attempts at stand-up comedy, but wouldn’t change it for the world.

How he wanted to be in the band Poison and thought the men were the hottest chicks ever!

How To Connect With Corey Poirier