264: Carl Gould: A Man Who Knew It Was Time To Put Down The Hammer

264: Carl Gould: A Man Who Knew It Was Time To Put Down The Hammer 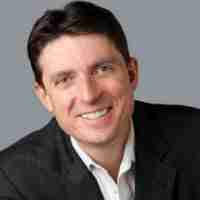 Todays guest is a master at helping people become entrepreneurial and create businesses that not only work, but flourish.

He learned from an early age that he had the ability to see a larger vision and that everything is an opportunity.

This was the foundation on which he built his reputation as an International Entrepreneur, growing successful companies across six continents.

But it also helps massively when you come to the realisation that “You cant work for anyone else” and that realisation certainly is a huge part that has made our guest flex his hustle muscle, and start swinging.

He started his career in probably one of the most inspirational, positive environments possible, as for eight years he worked in the Anthony Robbins Companies in San Diego, where he trained, coached and inspired people everyday.

And from that point onwards two things seemed to come together massively.

Firstly he realised that he had an amazing talent to helping people grow their businesses, and love what they are doing at the same time, and secondly he found that he loved doing this more than anything else.

And that seems to me to be a common trait to achieving great success.

Find the thing you love doing most, which fulfils the largest need in others.

And now as a keynote speaker, coach, mentor and author of the bestselling book The 7 Stages of Small-Business Success: From Startup to Seven Figures in Three Years or Less

So when did he realise that he was unemployable and couldn’t work for anyone else again?

And did he boldly go into the unknown, certain of success, or did he carry the same fears that we all have striding out on our own?

Well let’s find out as we bring onto the show to start joining up dots, with the one and only Carl Gould.

How to self assess your personality against that of your business, to see if you are a good match, or to find where you need to make the improvements.

How he recalls a huge dot in his life being asked to arrange the hitting order in a baseball match by his coach, and still wondering why his coach did it?

Why the education system is flawed, and if there is anything we can do to improve upon something that is no longer functioning as it was designed.

Why his mantra in life became “I need to hang up the hammer!”

How your gut is always, always right, but your interpretation of its decision is often wrong.

How To Connect With Carl Gould