265: Lou Heckler: A Man Using Words To Inspire The World

265: Lou Heckler: A Man Using Words To Inspire The World 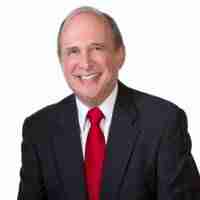 Todays guest is a man whose name came up in conversation on a previous episode of Join Up Dots.

And not in a “there’s this man that I know”, kind of way but like “Wow, there is this amazing man who is brilliant at what he does” kind of way.

And so I sought him out and I am delighted that he agreed to come on the show and start joining up his dots.

He began working as a 14 year old, in his hometown Pittsburgh, when he was hired to do a community news column for “The Signal Item,” a weekly newspaper.

And his life has been intertwined with both the written and spoken word ever since.

He received dual degrees in Journalism and Radio-TV-Motion Pictures at the University of North Carolina and also served as news editor and anchorman which meant that by the time he graduated from the University, he had already logged over 1,000 live television broadcasts.

And this all occurred before joining the military as still a young man, and tackling another big dot in his life, serving his country.

Although much happened in his life leading today, you can now find him tutoring speakers, in the nuances of voice control and speech writing, or presenting keynote presentations across America and enjoying himself.

He has found a path in his life that plays to his natural talents, and brings enjoyment to himself and everyone that he comes in contact with.

So what is it about being a wordsmith that appeals to him on a daily basis?

And is there a thrill to performing live that he doesn’t get anywhere else in his life?

During the show we discussed such weight topics as:

How he once ended up laying on the floor of a television studio with a brick laying on his chest!

Why the first job he got was both a frightening and exhilarating experience, although he still uses experiences gained from that time fifty years later.

Why it so important to allow a vision to grow as you work towards it, and not allow it to seem too big to tackle before even starting.

How each day, everyday is a gift, and its up to us to make the most of everything that is on offer to us.

Why he lives by the concept, of every decision is not going to be the last decision he is going to make, so just do it and deal with the consequences.

How To Connect With Lou Heckler