267: Katrina Padron: Dreaming Big Through The Use Of Social Media

267: Katrina Padron: Dreaming Big Through The Use Of Social Media 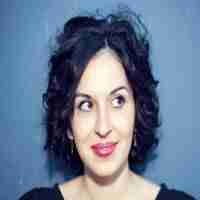 Todays guest is a lady who is rocking it bigtime as the President of Padron Social Marketing, which is a relationship-driven social media specialising in strategy, implemtation and analysis.

If that doesn’t mean anything to you then lets say she is the go to lady to help you build communitites of raving fans, clambering around your business by using social media.

As she says ” It’s no longer optional to have a presence, but having a presence is just the beginning. “

It is her true passion, and one that led to her taking the old leap of faith and going it alone.

You see for many people our guest had already reached the peak, and was a Director of Marketing for the company that she was working for, but at the age of 28 knew that she had had enough experience, passion  and understanding to take her vision into the world.

And that is just what she has done, and with Padron Social Marketing going from strength, does she feel that she was fortunate to step into the field of play when most people didn’t know a tweet from a like?

And would she have done anything differently as she built her company from the start?

Well let’s find out as we bring onto the show to start joining up dots, with the one and only Katrina Padron

How she would sit in her cubicle and stare at the entrepreneurs of the world and think “Why not me?”

How she realised that she was earning $0.00 dollars per month after outgoings, so thought “What the hell have I got to lose?”

Why she thinks it’s true that if your dreams aren’t scaring you, then they ain’t big enough.

How the more things you do in life, the more opportunities come your way often quite unexpectedly.

How when you hearts so much in it then your work doesn’t feel like work, and you have started playing.

How To Connect With Katrina Padron