271: Joshua Spodek: A Man Who Thrives One Step After Anxiety

271: Joshua Spodek: A Man Who Thrives One Step After Anxiety 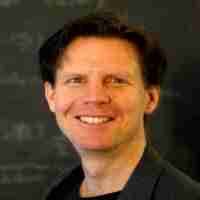 Todays guest on Join Up Dots is a man that I have wanted to have on the show since the beginning.

I read these words on his personal blog, even before recording the first show and thought “Yep that is what I want the show to be about!”

He says “I do what I love in life and do my best to cut out what I don’t. Loving what you do means you will do more than if you don’t, so I’ve accomplished a few things to high levels while enjoying the process.

And it certainly seems that he is a man of his word.

But unusually, certainly in my experience, the education which has lead him to be a Professor at NYU, holder of five Ivy-League degrees, including a PhD in Astrophysics and an MBA, both from Columbia University, where he studied under a Nobel Laureate, helping to build an X-ray observational satellite orbiting the Earth as part of a multi-billion-dollar decade-plus mission led by the European Space Agency with NASA to name a few, doesn’t normally lead to having the word fun as a forerunner of life.

But this is a man who is different.

He challenges himself to be the best that he can be, even if he sometimes bites off a bit too much, like the time he decided with a friend to swim across the Hudson River in New York, and found the experience somewhat tough to say the least.

People ask him “So what do you do?” habitually. and he doesn’t know how to answer them.

But what he does know is he has had the best relationships and friendships of his life with the most amazing people he can imagine, and learned and kept active and healthy the whole time”

Sounds pretty good to me.

So without further ado, lets bring onto the show to start joining up dots, with the one and only Mr Joshua Spodek

How he recalls getting to a point in his life when he realised that the education he had worked so hard to gain had not led him to a place that he wanted, and knew that he had to change.

Why “Hopelessness” is such a liberating state to be in at times, as it forces you to take control of the opportunities around you and move forward in your life.

How To Connect With Joshua Spodek