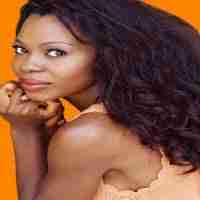 Lunden De’Leon is todays guest joining us on the Join Up Dots podcast interview.

Lets get this straight…some women are go-getters.

Some women are business-minded.

Some women use their struggles as building blocks for their success.

Today’s guest does all of these things.

Born in Barbados but raised in South Carolina she had her fair share of ups and downs before she came to be known as the powerhouse she is now.

After a brief stint as a Burger King employee as a teenager, she was bitten by the entertainment bug.

After seeing her gospel-singer father perform and with total belief that she could make it, she decided to pursue her dreams.

She found herself in Hollywood, homeless and with only $200 to her name.

How The Dots Joined Up For Lunden-De’Leon

After attending a model calling, due to solely overcoming her “hungry and penniless” state at the time, she not only booked the audition.

She also scored a one-year modelling contract the same day.

Not long thereafter, she made her small screen debut on the hit series Vital Signs.

Filmed in Los Angeles, but broadcast in Germany – in which she starred as a young woman trying to make it in the United States.

A story-line not too far off from the rising star’s own life.

And now she was up and running and she continued to make a name for herself with a host of subsequent movie and television appearances.

These included the NBC sitcom, Just Shoot Me!

But her biggest break, however, came in 2003 when she launched her very own record label, Dirrty Records.

Upon the label’s success in its home of Los Angeles, a second branch was set up in South Carolina, where the entrepreneur still calls home.

So were did she get the belief that the only way to move was forwards?

And when did she get fist inkling that success was to be had if only she kept hustling like mad?

During the episode we discussed such weighty topics with Lunden De’Leon such as:

How she ended up hitch-hiking across America as a young girl, and is amazed at the ballsy nature of her character to do such a thing.

How she recalls singing into her hairbrush for hour upon hour like most small girls.

Until she knew that it was time to go after that dream.

Why people are frightened to let go of what they have in life, even if it doesn’t really make them happy everyday.

How the most important thing you can have in your life is your own personal belief that you are going to achieve what you want.

How To Connect With Lunden De’Leon

Return To The Top Of  Lunden De’Leon

If you enjoyed this episode of Join Up Dots then why not listen to some of our favourite podcast episodes such as Patrick Powers,  Sue Stockdale or the amazing  Ron G Holland