283: Mike Dilbeck: A Man Who Is Willing To Do The Small Things

283: Mike Dilbeck: A Man Who Is Willing To Do The Small Things 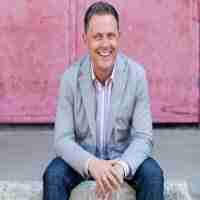 Todays guest on Join Up Dots is a man who is literally driven to change the attitudes of the world and help us to make courage decisions and lead from the front.

In 1990, after serving for two years as Assistant Executive Director for Sigma Nu International Fraternity where he produced more than 20 video programs and two international conventions for the fraternity, he had established a reputation for creating and producing effective and powerful video presentations and special events.

However, it was in 2008 when he saw the reaction to one of the films he just produced, which caused quite as stir with whoever vewied it.

It was a reaction very distinct from his other creations.

This one sparked a demand.

The reason why has showed up in each of the nearly 4,000 stories he has accumulated via live texting from his keynote audiences that view the film..

Each story he received was heart-breaking.

Each story was filled with the shame and regret from not intervening in a moment of need.

Each story points to the pain we carry with us for the rest of our lives…pain that determines whether we will ever stick our neck out again.

Pain that impacts our own confidence and self-esteem.

It was with this realisation that the world need to take more responsibility for its actions that he created.

A movement away from the shame, regret and guilt we all feel from being bystanders to any injustice or wrongdoing.

A movement towards a whole new world where we are standing up, stepping in, and speaking out against inappropriate, abusive, and unhealthy behaviors.

A movement based on a creed that challenges us, inspires us, and moves us to action.

So why does he feel that we are world full of anti-heroes. Hoping that we don’t get involved. Hoping that someone else will step in and help?

How he struggles with the enormity of the task that he decided to take on every day of his life.

How he spent a weekend with a group of students in Sedona, and literally changed the mind of everyone there.

Why he knows in his heart of heart that he wont be around to see the fruits of his labour come to fruition.

How he was offered a great offer in the past but refused to settle what was on offer to him.

Why we are not defined by the next decision we make. Make the decision and then assess if it was the right one or not, and then make another one.

How To Connect With Mike Dilbeck