286: Chris Vaca: A Man Who Shows You Are Never Too Old For Success

286: Chris Vaca: A Man Who Shows You Are Never Too Old For Success 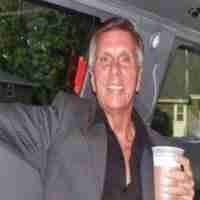 How many times have you thought….”I’ve left it too late”, “I am where I am”….or the worse “Getting the dreamlife is for others”?

Well todays episode of Join Up Dots should make you think again and realise it’s never too late.

The question is how much do you want it?

And what will you do to ensure that you get yourself to a point where you love greeting every day, as its an exciting 24 hours of possibilities.

Well our guest started finding his true path in life in his mid fifties.

And also it seems started enjoying himself more and more than he had ever done before too.

Losing his mortgage business, being evicted from his apartment, having his car repossessed and shock of horrors, having to move in with his x-wife for a place to live, he thought he was done.

He thought that this was where he was, one of life’s victims, consigned to share the misery of his lot with whoever would listen for the rest of his life.

But this wasn’t the case, as he found the courage to reinvent himself.

He shook off the dark faults of failure, brushed himself down and fought back.

And now at age 60, enjoys being An Entrepreneur, Public Speaker, Trainer and Author, as well as having a series of videos on YouTube called Over 50 And Broke and a web-site with the same name.

As he says “I managed to come through it and create a new me. Can anyone do it? If you really want it bad enough. Remember “Age Should Never Be An Excuse For Not Succeeding.”

So where did it all go wrong for him in the past?

And like so many of our guests, does he look back and see the dark times as now the best thing that has happened to him?

Well lets find out as we bring onto the show to start joining up dots, with the one and only Mr Chris Vaca

How as a young man he lived on the East Side of New York and would hustle his way through the life that occurs on those tough streets, hustle that has helped him become who he is today.

How he came to the realisation that he couldn’t get a break because of his age, so started making his own breaks in life.

How it is so important to realise that failures are just a part of working towards to success, and stand for “First Attempt In Failing”

When you start enjoying yourself whilst earning money then really life only gets better and better.

How To Connect With Chris Vaca