287: Linda F Williams: Taking A Huge Bite Out Of Her Apple Everyday

287: Linda F Williams: Taking A Huge Bite Out Of Her Apple Everyday 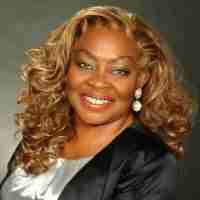 Todays guest is a lady who has had many careers in her life, so it will be of great interest to discover if she feels what she is doing now is THE thing.

The thing that she was always meant to do.

Born in East Chicago Heights, Illinois she was reared in rural Hart Michigan.

After beginning college at Eastern Michigan University, she returned to her roots in Chicago where she began a federal career with the department of Housing and Urban Development.

And then it seems strange to see it from an outsiders point of view, but it was during this time that she became a protégé of Grammy Winning Songwriter and Arranger, Eugen Record and had three releases under the name the Chilites.

But her life has been one of contrast as away from the glamour of musical output, she has for 35 years worked in civilian government service, seven years as a labor leader, and as a national negotiator.

She is a lady that knows how to get her point across and can make a difference for so many.

And now with her best selling book “Whose Apple Is It Anyway” and her Empowerment Center, she is helping the world to find their the purpose in life.

In the book she tells in her own unique voice, a story of emotional and physical abuse, rape, divorce and a 17-year marriage to a man who was later convicted as a sexual predator.

So she certainly has a history that will resonate with so many people who have endured similar tales of distress and woe.

But its with a force of character that ties it all together and gives the whole platform a central focus, that our guest has got to show her true strength.

The programme is stronger because of who she is and now what she is.

So why did she for so many years appear to be driven and in control of her business life, but pushed around in her personal life?

And would she go back and change anything, or is this just a part of what has made her who she is today?

How her Sister and her Mother both told her that she needed to put pen to paper and write a book before she listened and started placing words on the page.

How it took her twenty four years to realise the musical talents that she had found herself in the midst off, and her jaw hasn’t stopped dropping since.

How you accomplish things in your life more readily when you have something to push against. We move away from the pain and become something greater.

How she found herself one night shoeless, knowing that it was killed or be killed time, and started taking control of her life.

How we all have the answers to life in our gut, but we more often than not ignore the signals and carry on regardless.