288: Chris Kennedy: A Man Who Pushed The Button And Never Looked Back

288: Chris Kennedy: A Man Who Pushed The Button And Never Looked Back 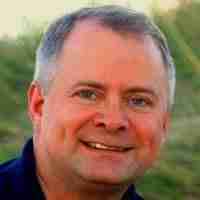 Todays guest is an author who has a story that really resonated with me when I read his backstory.

In fact so many of us will resonate with his tale, as it is one about unfulfilled dreams, held back, not by lack of talent, but lack of belief.

As he says “There was a time in my life where I didn’t see myself as an author, perhaps just like you. I knew I had stories to tell, but I was afraid that they wouldn’t be good enough…that I would be a laughing stock among my friends if I tried to publish them. It was a couple of years ago, right after I had been unemployed for almost a year. We had wiped out our savings and were very close to going under. My son wanted to go to college and I couldn’t afford it. I felt like a failure.

Then, a story came to me. I liked it, and when I started writing, it just naturally flowed. Pretty soon, I had a whole book written. There was only one problem—no agent would take it. I shopped it to agents month after month, and none of them were the least bit interested. Then I heard about self-publishing, but I didn’t know anything about it. I spent a lot of time researching it before finally deciding, “I can do this; I just need a plan.”

Eventually, my book was ready. I loaded it into Amazon, but then I panicked. No one was home, and I sat at the kitchen table, staring at the computer screen. Sweat glistened on my brow as I looked at the cursor, hovering over the little button that said “Save and Publish.” I wanted to push the button more than anything else in the world, and yet I couldn’t.”

Isn’t that a fascinating point that anyone who has created momentum and success will understand.

You have done the work, you are proud of it, but scared stiff to show it to the world.

Your dreams are there in front of you, but you don’t want to take that final step that will slide the work over the top of the hill, where it runs away from you.

Well now with a series of books flying off the shelves, he loves nothing more than helping other authors do the same, and create words that they will love and the world will want more and more off.

So what was it about the written word that had such a pull on him throughout his working life?

And would he look back at himself now and like many others shout “Just start….get it out there!”?

Well let’s find out as we bring onto the show to start joining up dots, with the one and only Mr Chris Kennedy.

How you feel that you are going to lose control when you send your work out to the world and how scary that feeling is.

Why he feels it is so important to network and work on your relationships, even when you have nothing much to offer in return.

How the creative muse is so difficult to get into and why getting into the flow is the only place to be, no matter how hard it maybe to do.

Why you have to start finding something that you like at a minimum and work at it to find the passion that you are told exists.

How the quickest way to success is to find as many ways at solving peoples problems as you can and bringing value to the world.