290: Barbara Archer: From Insanity To Sane Via A Life Of Crime

290: Barbara Archer: From Insanity To Sane Via A Life Of Crime 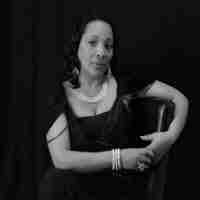 Todays guest is a lady who has one of the most harrowing histories that I have read about for a guest on Join Up Dots.

If you think of something bad that could happen to someone then she will have ticked it off her list.

Being the youngest of five children she grew up in a dysfunctional house, whereby a loving and supportive Mother struggled to provide the upbringing she wanted for her children due to an abusive husband.

Her Father was an alcoholic, and was abusive to her Mother, so at the age of eleven she grabbed all her children and moved out of the family home.

And as our guest says in her own words “My life was simple but good, at least we never had to worry again about my father drinking and abuse. But within a few years my life would change, as I was brutally raped at the age of 14.”

And from that point onwards her life became one intertwined with crime, prison, and a myriad of activities that was sought to numb the pain of her earlier life.

She had lost herself and couldn’t see the path that she was put on this planet to walk.

But as we see time and time again, that path can become visible at the most unexpected times, which certainly occurred to our guest.

And now she is working hard to inspire us all to take control of our own lives with her well received book “From Insanity to Sane” sharing the lessons that she has learned in her life.

So let’s find out how that moment occurred, that shone the light on the way forward?

And does she feel that a life of meaning, has to have the dark moments to fully appreciate the good that comes to us?

Well lets find out as we bring onto the show to start joining up dots with the one and only Barbara Archer.

Why as long as you breathe you should never ever give up on your dreams, no matter how long they take.

Why she feels that her Mother should have taught her accountability for her actions as a youngster, which could have saved her years of heartache.

Why you start to accept and take control of your life then you will find amazing things start to happen.

How she believes that the world supports those with issues more than people who appear to have done stuff just because they can. Why are they doing this should be the question that should be asked!

How she can see that the hustle that she used to perform crime was a part of fine tuning her skills that she now uses for good.