Michael Modzelewski: Living Everyday As If It’s His Last On Earth

Michael Modzelewski: Living Everyday As If It’s His Last On Earth 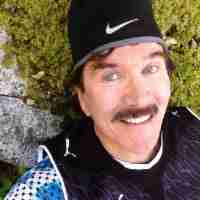 Michael Modzelewski is todays guest who has an amazing story of a life living on his terms.

Making decisions that for many will have seemed huge and almost undoable.

Growing up in Cleveland, Ohio where his father played professional football with the Browns, he  graduated from Indiana University with a B.A. in Journalism.

But our guest did things differently, and instead of following a career that was expected he did things that were 100% him.

He’s the author of Angeles Crest: A Memoir about world travels, ultramarathon running, and metaphysics; Inside Passage: Living with Killer Whales, Bald Eagles, and  Indians, based on a two year stay on a northern wilderness island along the rugged coastline between Seattle and Alaska; and North Through Paradise, about varied adventures in Alaska.

And now with so many inspiring adventures and tales in his locker, its not surprising that he is asked to speak on TV, Radio and deliver key note presentations across the world.

His speech: “Triumph of The Spirit” is an inspiring, motivational account of what it takes to survive; then thrive in the wilderness — or any challenging situation.

And that last bit says the most about him it seems to me.

It’s not about running away and living in the mountains that makes dreams happen, but it’s accepting every challenging situation that life thows at us no matter how humdrum they may seem.

And trying our best to work away around them.

And that is exactly what our guest has done.

So what did he learn living on the Island in Alaska which was life changing, or did the experiences just cement what he already knew and felt in life?

And why does he feel that the majority of the world would say “No, I cant do this…I have XYZ to deal with first!”?

Well lets find out as its with delight that I bring onto the show the man, with so many stories, and the best moustache I have seen since Tom Selleck, the one and only Mr Michael Modzelewski.

How his family and friends all thought he was having a breakdown and needed help, when he decided to quit his college football life  to work a manual night shift.

How a persons real worth in life is how they greet the people that they don’t need in life.

How two people in Paris, looked at him with such awe, that he knew there and then that he had found his vacation in life to be a writer.

How he remembers hearing his Mother reading Jack Londons “Call Of The Wild” which planted a seed for freedom and adventure which he just couldn’t manage to shake off.

How To Connect With Michael Modzelewski