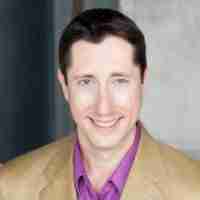 Todays guest is a man who I knew that I had to have him on Join Up Dots, when I see the quote “Life isn’t searching for perfection — Life IS perfection in itself!” attributed to himself.

Its a really interesting point to make.

Is it about making life as a good as it can be, or is the action taking, faith, belief, whatever you call it that you use to get to that point, that is the real gift that we should savour?

Starting his working career in corporate land, he carved out a successful path for himself in Sales and Marketing and IT co-founding several companies that went onto be worth millions.

He was at the top of his game and literally had everything he could want.

But what happens when that success loses itse shine?

What happens when the life that you have worked so hard to create starts to look like you have created the wrong one?

Well our guest discovered that in order to live a fulfilled life he needed to pursue his soul’s purpose.

By taking charge of his destiny and following his dreams he finally found peace and felt complete.

And today he inspires individuals to live their essence and assists them in re-calibrating their lives, which he does though many different mediums.

So what was the moment when he knew that it was time to change direction, and how did he go about it?

And was he surrounded by people saying “Man, what are you doing?

You already have it all?”

Well lets find out as we bring onto the show to start joining up dots, with the one and only Mr Allen Vaysberg

How he likens his leap of faith to jumping off the Sears tower in Chicago without a parachute and working it out on the way down.

How he struggles to remember the moment that he told us his wife that he wanted to leave his job, but believes that she would have struggled to truly grasp why.

How he kept hearing a voice in his head “Live Your Essence” and knew that it was time to look deep within.

Why it is so strange that people leave a job that they hate and then go into something very similar as soon as they do.