Peter Voogd: Teaching Us Not To Work Smart, But Work Right!

Peter Voogd: Teaching Us Not To Work Smart, But Work Right!

Welcome to the Join Up Dots Podcast with Peter Voogd 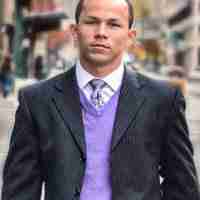 Peter Voogd is todays guest on the Join Up Dots Podcast.

Starting his first business when he was 15, and found himself like so many people broke, stressed and discouraged by the age of 22.

He had tried to be successful and it didn’t work, so he gave up and decided that a life of success wasn’t for him.

Well, let me tell you that the truth was far from that statement.

In fact by the age of 23, just one year later he had turned that feeling of failure into the first shoots of success.

This was when he made his first 6 figure income.

3 1/2 years later his earnings were over 1 million.

He had found the formula that worked for him, and so took the same formula and applied it in another industry.

Despite the challenge of lacking training or experience, he became the fastest manager to reach $1 million in annual sales in his company’s 60 + year history, but left his 6 figure income because he felt his magnitude of mission growing.

How The Dots Joined For Peter Voogd

He has since trained close to 5,000 entrepreneurs and sales professionals and is now labelled the leading authority for Entrepreneurs, and stars in his own tv show called “The Entrepreneur Grind” on the Whatever it takes network.

He has founded The Game Changers Academy, runs one of the top podcast on iTunes titled, “The Young Entrepreneur Lifestyle,”

Also becoming the author of the 27-Time International Best Seller “6 Months to 6 Figures.”

He strongly believes the more people you help to succeed, the more successful you become.

So what was it about the entrepreneurial lifestyle that so appealed to him at such an early age?

And does he see those first seven years as the catalyst to his future success or just a series of mistakes not to repeat?

Well lets find out as we bring onto the show and start joining up dots with the one and only Mr Peter Voogd.

How success actually comes from the inside out and not the other way. Get happy and love yourself and you set the foundation to move forward to an amazing life.

Why it is a great thing to set a target on your life, because as the time decreases, the intensity increases and keeps the focus on the task.

How he loves nothing more than helping others to beat the fears that are holding them back in life.

If you want to become a millionaire the best way to start finding out how to do it, is talk to a billionaire!

Return To The Top Peter Voogd