Sue Stockdale: The 1st British Woman To Get To The North Pole

Sue Stockdale: The 1st British Woman To Get To The North Pole

Welcome to the Join Up Dots Podcast With Sue Stockdale 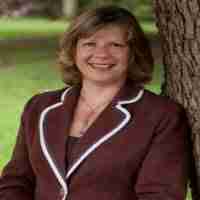 A quite remarkable lady who has been introduced to the show by the brilliant Cathy O’Dowd who appeared on the show way back on episode 88.

Now this episode is going to get us all thinking about what is possible in life.

And what we are capable of achieving, as the first thing that appeared when I checked her website out were these great words “ Life is a journey to find out what you are capable of, yet it is one that people often shy away from”

She is an explorer and lover of the big challenges in life.

But life didn’t start in such a grand fashion, as like most of us she started her career in a corporate gig, and worked for British Gas.

Although it is true to say that even within an environment like this, she was out to prove a few things and became one the youngest employees ever to reach a Senior Management Role within the organisation.

How The Dots Joined Up For Sue

It was then she could start to see the first footsteps on the path that she has travelled ever since.

She developed her belief that she was capable of more than she imagined possible..

In 2013, she celebrated twenty five years since she made that first expedition to Kenya,

And since then she  became the first British woman to ski to the Magnetic North Pole, which led onto expeditions to Antarctica, the Geographical North Pole and skiing with an international team across the Greenland Ice Cap.

These expeditions taught her the realities of leadership, managing change and maintaining motivation, which she now helps business leaders put into practice today through corporate coaching and keynote presentations.

So why did she decide to do that first three months in Kenya, and did she have to quit her job to do it, or did she have lovely bosses that allowed such a huge amount of annual leave?

And as we find time and time again on Join Up Dots, is it the true hardships that we learn from most, or do they just point us to the direction we should be moving?

Well let’s find out as we bring onto the show to start joining up dots, with the one and only Sue Stockdale.

During the show we discussed such weighty topics with Sue Stockdale such as:

How she remembers seeing a notice board in British Gas, and was convinced to go on the adventure by the fact that her salary was paid for three months. No brainer!

When she returned to the British Gas company, she knew that she couldn’t go back to her old position. The trip had made her realise what she had to offer in life.

How she now sees herself as someone who needs to explore her own potential even more than exploring the world around us.

How she always gives out commitment cards at her presentations and no matter how many she hands out, she only ever gets a few returned to her.

Why she is very aware of the legacy that she is leaving others, when she displays such go getting attitudes to the world. That is her reason for being here!

How To Connect With Sue Stockdale

Return To Top Of Sue Stockdale

If you enjoyed our conversation with Sue Stockdale and are inspired to tackle big challenges then why not listen to Jessica Cox, Croix Sather and the amazing Sophie Radcliffe