336: Stacey Couch: Following A Path From The Head To The Heart

336: Stacey Couch: Following A Path From The Head To The Heart

If you like the show, we would be so grateful if would consider leaving the show a review in iTunes as well as Stitcher Radio.

A couple minutes of your time can help the show immensely!  Thank YOU! 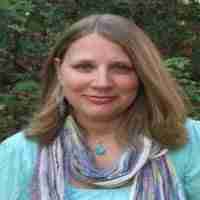 But that is of course what we try to do very hard.

Give a voice to different tales, that some might say are strange, others might think are spot on, but everyone will think are fascinating.

When working as a wildlife biologist, our guest took a full-time role living alone on an island to care for endangered foxes in a re-introduction program, she had no idea that she would discover an alarming absence of meaning and purpose in her life.

And much to her surprise, luckily she had support as she wandered around the island on her own.

She started to find that she had a feathery companion, that would join her, and often annoy her on a daily basis.

Yes a stunning Northern Harriers hawk, nesting close to where she was living in her cabin, began showing her a path that she never thought possible.

And that is just the start, as what occurred is quite honestly bizarre in its simplicity, but as I said right at the beginning fascinating all the way.

So starting her life working at a Colorado Horse Rescue for three years, could she have imagined spending time on her own on a deserted island or would the thought have terrified her?

And how has writing the book and putting the shamanic learnings out to the world, affected her life and the way that people perceive her?

Well lets find out as we bring onto the show to start joining up dots, with the one and only Stacey Couch.

How it is so important to allow yourself to simply let it go, and sit in the space of “unknowing” giving yourself the chance to allow things to happen.

How she found it quite difficult to spread her time between being on the island and living back on the mainland of America.

How she remembers meeting the hawk on the island, and was aware that this was the first-time that she was living in a shared world with nature.

How the speech that Steve Jobs, that we play everyday, really forces us to accept that we aren’t going to have all the answers in life, and that it’s ok.

How To Connect With Stacey Couch