338: Jeff Tan: From A Military Pilot To The Dream Life

338: Jeff Tan: From A Military Pilot To The Dream Life 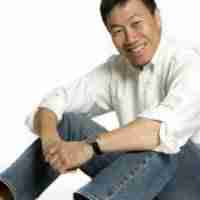 Todays guest is someone who has been shooting for the stars since beginning his professional life.

You see he started his career as a pilot for the Republic of Singapore Air Force, and from 1980 until 2006, would run around shouting in best Top Gun fashion “I feel the need, the need for speed!”

Well actually I’ll be honest that is just my own little fantasy, and he may never had said that, but it is true that for twenty six years he was a helicopter pilot and flight Instructor.

And within that time he must have seen thousands, or at least hundreds of hugely ambitious individuals pass in front of him, eager to prove themselves to their colleagues, family and of course themselves.

Looking to take their performance to the highest levels they possibly can.

And I wonder whether this environment was the place that nurtured his desire to help people achieve personal excellence, he started a new company REV to do just that – motivate and guide people to their peak performance.

He realized that his gift and purpose in life is to help people on their way to the dream lives.

The lives that they deserve.

And that is what he does from his two bases, in Shanghai and Singapore, and it seems he loves every second of doing it too?

So I suppose the key questions are why did he leave the military after being in it for so long?

And does he see what he is doing now as his real role in life, or is this just to fill a gap that was left by the high octane testosterone filled life in the Air Force?

Well let’s find out as we bring onto the show to start joining up dots, with the one and only Mr Jeff Tann

Why so many people say that they can’t be a millionaire as they are frightened of not achieving it, or being seen as a failure if they don’t achieve it.

How most of his life he realises that he was on an even keel and his emotions were very much kept in check. But now he believes in experiencing the peaks of troughs of life.

How expectations of living in a booming economy make our lives so different than many generations ago, who didn’t have the chance to compare with what others are doing across the world.

How he remembers that the turning point in his life was almost being forced into bankruptcy twice, and fighting back from each.

How he believes that he is totally unemployable and knows in his heart of heart that he won’t be able to work for anyone else anymore.