354: Mike Campion: Joining Up Dots With A Freaking Genius

354: Mike Campion: Joining Up Dots With A Freaking Genius 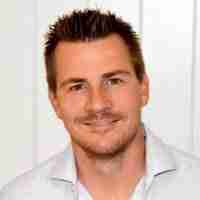 Yep, I know don’t ask, but suffice to say that they didn’t check me out well enough and I managed to crawl under the wire and get on the show.

And I had such a great time, I thought lets reciprocate by bringing the host onto join up some dots with me.

But let’s tell you about him, as he is a man that has had hustle muscle running through him at such an early age, and you can see that a lot of this was as a direct result of growing up as poor white child in the south Phoenix ghetto.

Being raised by an amazing single mom with no money and a whole lot of hope.

And these formative years can either go two ways.

One you can accept your lot, and stay in that situation, or two fight back.

And our guest did just that an embarked on a series of jobs, as he fought his way back to where he is today

As he says “For the last 17 years I have started, built and sold businesses. I have had a ton of fun, learned a lifetime of business genius, and even enjoyed some pretty cool financial rewards. I have also had more than my fair share of cursing, shaking my fist at the heavens, and sitting in a ball in the corner rocking and crying. I have invested thousands of hours (and dollars) devouring books, courses, podcast, articles, blogs, and the like on how to be a successful business owner.”

Well it now looks like it is all coming together for him, and why not, if you put in the effort and take consistent action everyday.

So when he was a janitor, sleeping in cars everyday, did he truly believe that he could get to where his is today?

And does he see now that his Mother could have done things differently, or was it just lack of awareness and time that held her back?

Well lets find out as we bring onto the show, to start joining up dots with the one and only Mike Campion.

How all his employees quit on the first day of buying a cleaning franchise, eaving him with no idea why, but his hands down toilets to keep the business going.

How he can now see that your pay is dependent on your giving up point. Push through further than you thought possible and the rewards will b so much greater.

How he  couldn’t see how poor he was as a child until he started to go out with a girl in school and realized how nice her home and car was.

How he feels that you should never give up, but you must find the point when you realize that a new strategy is needed to make success. That is true business acumen.

How To Connect With Mike Campion