367: David Ralph: Celebrating One Year In The Podcast Hot Seat

367: David Ralph: Celebrating One Year In The Podcast Hot Seat 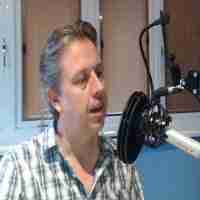 Hi there, you maybe wondering why today I have dropped my English accent and sound more like Elvis Presley on steroids, but I’m Dwain Scott the host of the Shifting Work podcast and todays episode is a little different.

In fact there is a fair chance that this will never occur again, but todays guest a year ago was sitting nervously waiting to start a new adventure.

He was ready to press launch and bring to you the show that is Join Up Dots with David Ralph.

He had never hosted his own show, didn’t know one end of a microphone to another, and as for interviewing the mover and shakers of the world was a complete novice.

But the one thing that he did know was that he had a dream to build a platform that would inspire the world to leave their cubicles, forget about the daily commute, and go for their dreams.

And now over 365 episodes later, we thought it was time to share with you the journey that he has been on.

To show you how you can quite simply do anything you want, if you are willing to take risks, flex your hustle muscle and step into the unknown.

And with a history working in London and finance, and being a trainer and a coach within offices in the UK, becoming the host of an online show was certainly a step into the unknown.

So what was it about creating a show that so appealed to him over a year ago?

And has it been plain sailing, or tougher than he could have possibly known?

Well lets find out as we bring onto the show to start joining up dots with the one and only David Ralph.

How you can often find that in a corporate environment you can struggle for respect from others who don’t understand the experience you have gained, and how you can do things so easily.

How the Solopreneur Hour podcast with Michael O’Neal allowed David to build powerful connections really quickly, and easily, which cannot be underestimated.

How he can now see that the guests he had on his earlier shows were not poor guests, they were simply unfortunately being directed by a poor and inexperienced host.

How he can now see that the true dark dots of his first years work, have now become the knowledge base that he shares with the world on Podcasters Mastery.Com

How the world does not quite see that they have no one they need to ask permission from other themselves. It’s down to all of us to go and get the life that we deserve.