390: Fiona Sampson: Bringing Legal Rights To The Women Of The World

390: Fiona Sampson: Bringing Legal Rights To The Women Of The World 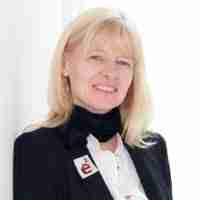 Todays guest joining us on the Join Up Dots free podcast interview, is Fiona Sampson, a lady who is on a mission to create a safer world for vulnerable girls and women by working to prevent future generations from suffering the emotional and physical trauma of sexual assault.

She is challenging the system that allows such acts of violence to go unpunished and by doing so, influencing a behaviour change in perpetrators of human rights violations against women and ensuring that consequences of these acts are enforced.

And this mission started as far away from her base in Canada as is possible.

In Kenya, the rape of little girls is known legally as “defilement.”

Defiling is common there — a woman/girl is raped every 30 minutes — but even girl babies as young as three months are helpless against men who know they’ll never be prosecuted for the worst brutality imaginable.

These child victims are the loneliest girls in the world.

They are often orphaned by AIDS and are vulnerable to attacks by their remaining family as well as strangers.

The myth that having sex with a virgin is a cure for HIV/AIDS is also a spur, and not just for pedophiles.

So our guest has pioneered a new way of holding governments accountable for human rights violations against women by ensuring that women in countries such as Kenya, have access to legal resources, support and remedies that have otherwise would have been inaccessible due to economics, culture, and violations of gender rights.

But that is just a part of her story, as she is also is the last known thalidomide victim born in Canada.

She refers to this experience as one of her first life experiences where she realized that those responsible for creating harm acted without consequence, compounding the impact of her victimization.

This has amplified the empathy she feels for the suffering of others and is certainly one of the big dots that has led her on the Join Up Dots timeline.

Well let’s bring onto the Join Up Dots free podcast interview, as we discuss the words of Steve Jobs with the one and only Fiona Sampson

How at least to me, unexpectedly the Nazis created thalidomide to test on expectant Mothers in concentration camps during World War 2.

Why she feels so passionately that she has to support the people across the world who find themselves outside the norm, no matter where they are.

Fiona Sampson shares a story about how one twelve girl stood up in a small hall, and bravely pointed to the man that raped her, changing the world overnight.

How she feels that the work that she does is like being in love, and the positives massively outweigh the emotional distress that she encounters everyday.

How To Connect With Fiona Sampson