Welcome to the Steve Jobs based Join Up Dots Free Podcast Interview with Matt Miller. 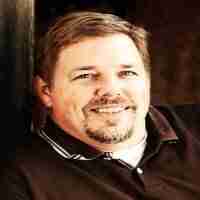 Todays guest joining us on the Join Up Dots free podcast interview, is a man with a fascinating tale joining up many dots to where he is today.

Spending the first nine years of his career like Maverick in Top Gun, he felt the need the need for speed, as an Air Force Pilot, before entering the corporate world to work for Abbott Laboratories and then Valassis.

And he was on top form working for both companies, and was recognised as a top performer.

Which is of course great, but underneath lurking in his passions and dreams, was a desire to go out on his own to start his own business.

The old leap of faith was beckoning, but like so many people across the world, he had the desire but not the direction.

He wanted to do his own thing, but was unsure what that thing was supposed to be.

And as we see time and time again on Join Up Dots, that path can reveal itself at anytime, and this was certainly the case with todays guest.

As fate would have it, a random conversation with a friend about the gum ball machines his family owned started it all off.

That one conversation sparked an intrigue and planted the seeds for what would eventually become his business School Spirit Vending.

But not before disappointment, frustration and the downturn in the economy in 2008 knocked his confidence for six.

And then a knock on the door happened at his home, and the path got clearer.

So what was it about that knock on the door, and the conversation that happened upon opening it,that really got the juices going?

And does he now look back and think, “Man, the clues were floating around me all the time, I just couldn’t see them?”

Well let’s bring onto the show to start joining up dots, as we discuss the words of Steve Jobs in todays Free podcast, with the one and only Matt Miller

During the show we discussed such weighty topics with Matt such as:

How he often advises entrepreneurs that when you start a product be aware that you will end up in a 180 direction change down the line.

How he remembers the time, that it first dawned him that he had achieved the tipping point in his life and he had now achieved the time freedom he craves.

How he now knows exactly what his key skills are, and actively seeks for people who are excited to do the things that he can’t. Which powers his business forward massively.

How To Connect With Matt Miller