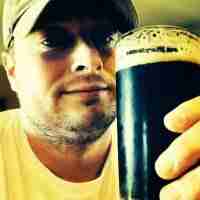 Todays guest entrepreneur joining us on the Steve Jobs inspired Join Up Dots podcast is a man with many strings to his bow.

And also one of the most unusual stories that I have heard that has got him to where he is today.

So lets start with the unusual stuff, so as he says in his own words

“A few years ago, a co-worker of mine straddled two parking spots while parking a compact car. I watched them do it, look around to see if anyone noticed, and then walk into the building where we worked.

I was sitting in my car listening to the morning DJs talk about the start of our huge station promotion, and I was monitoring to make sure they explained it correctly. You see, I run radio stations for a living, and it’s my job to make sure the talent on the radio do and say the right things. It’s like babysitting extremely talented and temperamental babies (who usually drink a lot).

After they were done talking and started to play the commercial break, I gathered my phone and bag and headed toward the door to the building. As I passed the terribly parked car, I decided to stop and take a picture. I wanted to expose my co-worker on Facebook and have others join in my jeering of their terrible parking job. A part of me just wanted to poke fun at them, but the more I thought about it, the more I realized that this poor parking job was an extension of something bigger: a sense of entitlement and a slight disregard for others, coupled with plain old laziness.

I posted the picture and tagged the co-worker in the photo. My comment consisted of only two words: Try harder.”

And now with a flourishing blog entitled, you guessed it “Try Harder” which has now inspired two books, and a business that is rocking and rolling where he is one of the top minds in radio broadcasting and has enjoyed success as a talent coach, where he has advised and mentored hundreds of personalities to make them among the top talent in the industry, he looks like he has really found his things.

So from one single bad case of parking his life now has gone in a totally different and exciting direction where new doors are opening everyday.

And did he ever have the faintest idea that he was on the path to writing a book and inspiring the world to Try Harder?

And are these  two words that he allows lived by, or has he raised his game because of them?

Well let’s find out as we bring onto the show to start joining up dots, with the one and only Mr Chase Patrick Murphy.

During the show we discussed such weighty subjects with Chase Murphy such as:

Why he doesn’t have the burn all his bridges mentality when it comes to entrepreneurial activities, and what he does to build momentum in his life WITHOUT the huge risk taking.

How to structure your day to be uber effective, but also give your brain the chance to recharge, and why it is so important to allow yourself time off to do nothing.

Why he feels that the death of his brothers were such defining points in his life, which has made him appreciate the time that we all have to build our legacy

How To Connect With Chase Murphy