Aaron Anastasi: Revealing The Voice Of Your Dreams

Aaron Anastasi: Revealing The Voice Of Your Dreams

Welcome to the Steve Jobs based Join Up Dots Free Podcast Interview with Aaron Anastasi. 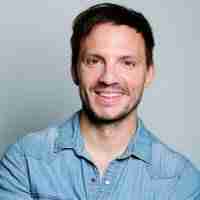 My guest today on the Steve Jobs inspired Join Up Dots free podcast interview is an man who has been creating his life work from the age of 13 years old.

Yes, when most of us are playing soccer with our mates, or playing X-Box our guest was singing and learning to play the guitar, even writing his own songs.

His early songs were mostly rock, but he played acoustic and expanded his skills, until at the of 18, he recorded his first series of original songs,  and started touring all over the United States, Europe and South America as well.

Before taking the lessons that he had learned in the music world, to start teaching karaoke lovers, and shower singers how to make the most of their own vocal talents with his course Superior Singing Method

But that is just one part of his backstory, as since those days he has flourished in the online world  especially on Youtube, where in his own humble words he says “I’ve also had some success in the YouTube space (10 mil organic views/100k+ subscribers)

But now is the next stage of his professional career with the release of his first book “The Voice of Your Dreams” where he shares his own successes, and struggles.

It is a Self-help/Transformation book about silencing the voices of limitation and living a bigger life, a life with abundant possibility.

Which is of course what this show is all about as you know.

So with a background that encompasses film production, music, and now authorship how does he know where to channel his energies everyday?

And does he know what his sweet-spot is, or is he in the rare breed of people that flourish by juggling many plates at once?

Well let’s find out as we bring onto the show to start joining up dots, with the one and only Aaron Anastasi

During the show we discussed such weighty topics with Aaron Anastasi such as:

Aaron shares his practice of gaining attitude and content in his life, which literally only takes a few minutes a day but is a complete game changer.

Why the practice of “chunking” is such a powerful way to develop free time in your life, and allow your business to flourish whilst you focus on other stuff

Why so many people give up before they achieve greatness in their lives.

How he recalls churning out work for hour upon hour, month upon month until he got an even glimmer of success. Which is why loving the task is so important for success.

How To Connect With Aaron Anastasi