BJ Mendelson: Turning The World Of Social Media On Its Head

BJ Mendelson: Turning The World Of Social Media On Its Head

If you like the show, we would be so grateful if would consider leaving the show a review in iTunes as well as Stitcher Radio.

A couple minutes of your time can help the show immensely!  Thank YOU! 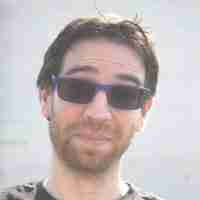 is a man who ill be honest I stumbled across on the web, but as soon as I saw him, i thought “Right lets have him on the show”

He has a story to success that goes 100% in a different direction to what the world is telling you you must do.

Additionally he is a keynote speaker and author, books including Social Media Is Bullshit and Privacy: And How We Can Get It Back.

He first received attention in the late 2000s for turning his financial struggles during The Great Recession into media coverage.

With appearances in The New York Times, Newsweek, The Los Angeles Times, and others.

After building an unsuccessful national breast cancer outreach tour around the advice given by prominent social media marketers  he changed direction.

Subsequent success in doing the same tour again the following year by doing the exact opposite of their advice.

He then went on to write a book called Social Media Is Bullshit based on his experience.

When The Dots Started Joining Up For BJ Mendelson

Since 2012, he has has made presentations at the National Automotive Dealers Association Conference, South By Southwest, Social Media Week.

Chicago, The Do Lectures in the U.K., R.O.A.D. in Moscow, the Word of Mouth Marketing Association Summit, Social Media Explore, and various other events.

He likes nothing more than talking about the many myths peddled by social media marketers and what really works online and off.

As one of the reviews of his book state ““I’ve been telling everyone for years that social media is just the same bullshit.

We’ve always done sped up 1000 times. Finally someone’s laid it all out in book form”

So is the fundamental flaw regarding social media, simply that its not social at all? And is just a blast everywhere, scream loudest competition?

Or are there even more subtle ways to create success in our business without the need for FB, Twitter, Insta and all the rest?

During the show we discussed such weighty topics with BJ Mendelson such as:

BJ shares why 5,000 is a great figure for multiplicity of brand, by word of mouth.

Get to that figure and you are really up and running.

Why the quickest way of success is to become an expert in just one thing and become the best at that until the world takes notice.

BJ reveals the time that he died and how he dragged himself from a field in Wales all the way back to the states to pay health bills.

How To Connect With BJ Mendelson

Return To The Top Of BJ Mendelson

Listen To BJ Mendelson On iTunes