Eddy Mann: Travelling The Highways Of America With His Guitar

Eddy Mann: Travelling The Highways Of America With His Guitar 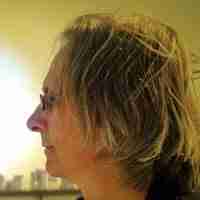 It’s certainly true to say that he has a lot of plates spinning at one time.

But at his core you can tell that he is a family man, and although everything in his life holds a significance to him, it’s family that ties it all together.

As he says “”My father is a pianist and back in the day he had a small jazz quintet that would rehearse in our basement. So I had a pretty good catalogue of bebop standards as part of my fabric even as a young boy. My mother didn’t play an instrument but was a creative force in the house. She was always designing clothing, developing a new dish to eat, or drawing. Both my parents had a way of allowing me the freedom to express myself and making me aware of God as creator. Like so many from my generation the British band invasion of the mid/late ’60s fuelled my desire to pick up the guitar as an instrument. Initially I’ll admit that getting the attention of the opposite sex didn’t hurt my drive to get better, but as I matured I discovered my passion was in the creative process. I loved writing songs from an early age in high school. So by the time I was in college I was addicted to it.”

And if you can find something that you are addicted to, so you can push through when the times get hard then success is on your radar.

And that seems to be the case with today’s guest as with the release of his last album Dig Love, and the soon to be coming The Consequence he is a man who knows what he wants in life.

And we will discuss this on the show, but it feels like he has found it in his own heart, the creative process, and every-time he closes the door behind and comes home.

So where does he get the inspiration for the songs that seem to be come easily to him?

And does he look back as his life and ever think “Man, if I only had made a different decision at that point then life would be so much different?”

Well lets find out as we brong onto the show to start joining up dots with the one and only Mr. Eddy Mann

During the show we discussed such weighty topics with such as:

Why he believes in not forcing anything in his life. He simply prepares hard to put himself into the position where any opportunities can be eagerly accepted.

Why Eddy knows that he isn’t going to be the wealthiest guy on the block, so works hard to make sure his expenses are low to allow his passions to run free.

Why he his aware that it is easy to become disconnected with their audience, which is why Eddy loves the smaller gigs where he can really interact with everyone listening.

Why he loves living in a life of change. There is nothing we do about it, so just savour the moment and then roll with it. That is where he real experiences come from.

How To Connect With Eddy Mann