Podcast 581: Stephen Christopher: An Entrepreneur Who Learned That He Should Just Do One Thing

Podcast 581: Stephen Christopher: An Entrepreneur Who Learned That He Should Just Do One Thing 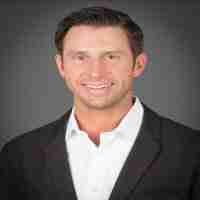 My guest today, on the Steve Jobs inspired Join Up Dots free podcast interview is a man who is waking up every morning with a “Yay”  as it seems that he is living a life that is ticking so many of his own personal boxes.

And why is that you maybe asking?

Well today’s guest has been on a roller-coaster ride as an entrepreneur which has seen him hit the heights, crash and burn, and then fight his way back to where he is today.

Where he wants to be.

Starting his business career firmly in the corporate America camp, by working for Merrill Lynch, where he was responsible for Coco-Colas 401k and pension plans for a couple of years, he was like the majority of young men.

He was going to work, putting on the suit, and earning the cash I imagine for that weekends relaxation and enjoyment.

However, with several quick career moves, you could see that the early years were simply stepping stones to taking the entrepreneurial leap of faith.

It was inevitable that he would stop putting all his faith in building someone elses dream, and start building one himself, and that occurred when he became the Founder of Real Estate Investors Network.

He was up and running and success was sweet and all his own.

But it was running this mortgage company that ultimately changed the course of his entrepreneurial journey.

With the crash of the mortgage industry in 2008, our guest learned what it’s like to go from profitable to over $100,000 in debt…literally overnight.

This failure taught him more wisdom about business than any school or program could ever teach him and since then, he has evolved into a devoted student of personal and business development.

But not in the “I am a business coach, lets spend an hour a week on skype with you”….no he had much bigger plans than that.

He wants to help peoples businesses flourish in the world of Google Land where all the eyes, and fingers flick everyday.

As he says “The Internet has become incredibly complex and competitive. It’s tough for businesses to stay visible…to stay ranked high in the search engines. Which is why I have created Seequs to ensure your business is heard–and seen–above the racket.”

And now with a flourishing marketing company, his Business Revolution coaching, Podcast, and public speaking he is getting out there where it matters.

He is changing peoples lives, and of course changing his own life in the process.

So how did this guy who was terrified to say two words in front of an audience find the courage to put his head above the parapet to lead the way for others?

And when he looks back at his early start, did he need to work for others to find the angle to start working for himself?

Well let’s find out as we bring onto the show to start joining up dots with the one and only Mr Stephen Christopher.

During the show we discussed such weighty topics with Stephen Christopher such as:

Why he would never create a business first and then look to develop his lifetime later like he has done in the past. He has learnt the hard way.

Why he sometimes thinks back to working in his corporate job, and wonders what it would be liked to just get paid  for turning up, although he will never go back again.

How he discovered that he was being a micro manager in his job, and what he has done to free himself for not allowing his staff to do their best work.

Why he realised that it’s not terrible being at the bottom, and in many ways it is truly liberating and fun to know the only way is up.

How To Connect With