Philip Mckernan: Changing The World By Give And Grow

Philip Mckernan: Changing The World By Give And Grow 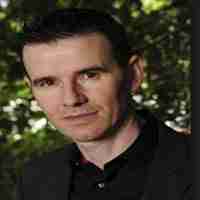 He is a man who has aligned his passions, his dreams and his talents in the world of give, give, give.

But it wasn’t always the case.

For many years he operated in a way that was certainly not born out of his strengths, but was due to his work effort and ability to see opportunities and go for them.

As he says “I spent most of my life wearing masks pretending to be important to hide my own deeper insecurities. Despite building multi million dollar businesses, becoming a best selling author and buying real estate in 7 different countries, I felt an emptiness.”

You see all the time he was walking a path that  was not his own.

He was doing what seemed right everyday to build income, status and prestige, but the happiness tank was running on empty.

How The Dots Joined Up For Philip McKernan

All the time he was ignoring his own internal guidance system that he suppressed while focusing on goals and in turn, the right mindset to achieve them.

He know believes our obsession with the right mindset is leading people to create and live unauthentic lives while the very nature of goals actually pushes us to live in the future and not be present.

To prove that point he has travelled the world speaking about the importance of overcoming personal obstacles, gaining clarity, and cultivating the confidence to believe in yourself, and has shared the stage with esteemed speakers such as Steven Covey, Richard Branson, and the Dalai Lama.

He has worked with people from Olympic athletes, TV personalities, entrepreneurs, housewives to billionaires who have gone bankrupt, and everything in between.

So this is a guy who reached the top and had to stop, and that’s what was bothering him.

He needed to reconnect to the bare necessities of  life and has done this in spectacular fashion ever since.

So was there a moment when he knew that he had gone wrong in life, or was it just a creeping realisation that he should have gone left instead of right?

And if you are working on a path after giving and happiness, can you actually start to take it for granted and lose track of what you wanted to achieve again and again?

Well let’s find out as we bring onto the show to start joining up dots, with the one and only Mr Philip McKernan

During the show we discussed such weighty topics with Philip McKernan such as:

Why it is so important to demonstrate vulnerablity in today’s business place, and why in Philip’s view so many people get it wrong.

How he operates his life and business on the mantra of “in the absence of clarity take action” which is such a powerful and liberating way to operate.

Why he feels that freeing himself from goals has allowed him to grow his business exponentially and organically since doing so.

Why he believes that we would all gain true happiness in our life by being truly present in our desire to help others without monetary return.

How To Connect With Philip Mckernan

Return To The Top Of Philip Mckernan