Sharon Lacey: A Stand Up Comics Race Against Time

Sharon Lacey: A Stand Up Comics Race Against Time 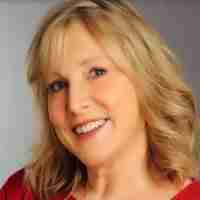 My guest today, on the Steve Jobs inspired Join Up Dots free podcast interview is a lady with a kind of bio that you don’t often see.

As it says “What do you do when Alzheimers runs in your family and you fear you see early symptoms in yourself, too? She didn’t waste a single moment:

She quit her job as a national award-winning teacher to pursue her lifelong dream to be a road comic. And her life has become one amazing adventure!

She has entertained U.S. troops in Iraq & Kuwait; performed in comedy clubs in 40 states; and has been to Africa 4 times to perform for Ugandan audiences in two of their tribal languages, as well as going on an epic trek in search of wild mountain gorillas.

What makes this so show so different is unlike so many of our guests who are escaping from a job they dont like, or guest loved her job she was trying to escape from something that went so much deeper than that.

She realised due to the illnesses in her family that we are all living on borrowed time, and leaving something until tomorrow may well mean that it will never actually occur.

And now with her book “A FUNNY THING HAPPENED ON THE WAY TO DEMENTIA: A Stand Up Comedian’s Race Against Time”,  being published by Motivational Press does she look back and think “I should have done this earlier?”

Or is life simply a series of dots that have to be crossed before you can truly find the thing that you want to do in life?

During the show we discussed such weighty topics with Sharon Lacey such as:

Sharon reveals how she won a comedy trophy at the age of ten as a comedian, and why it was snatched away from her cruelly.

Why in her view life should be fun to really gain what the world has to offer, although fun is more often than not the thing we sacrifice first.

How To Connect With Sharon Lacey