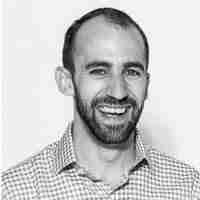 My guest today, on the Steve Jobs inspired Join Up Dots free podcast interview is a man who has worked so hard to where he is today, he has more lessons learned before the age of 30 than most people aged…well 30.

He is proof that hard-work and determination pay off’s as he climbed the ladder of the restaurant industry as many do: with a great deal of empathy, a little bit of luck, and a massive amount of overconfidence.

After graduating from Harvard in 2009, he worked his way up from being a busboy in Boston to being a beverage director for Momofuku in New York City, where he managed the buying, pricing, and selling of wine, beer, and spirits for the restaurant.

Through living through this experience, he decided that he wanted to have more ownership of the guest experiences he was creating, so he took to Chicago to see how Booth could help him open his own restaurant.

While attending Booth, our guest met his business partner, Hunter Swartz, and the two quickly realized that their shared background in endurance sports mixed with complementary work experiences could build something remarkable.

He then joined the Eastman Egg team in January 2014 and served as COO for three years where in his time there, the company grew to four operating units and grew its revenues and team each by a factor of 10.

And now he is also the author of the latest book to fly off the shelves with  “What I Learned Before 30 – a biographical look that captures some of the best, and worst, moments of his life.

As it says in the intro “I feel like i’ve finally learned that growing up to have different perspective than my parents was not a failure; it was the whole point. I cant wait to use the next 30 years to celebrate what makes us different, rather than resent it, and enjoy what a diverse, unique and wonderful family we are”

So, said in another way, he has found the path in life that is the right one for him, and although others may not understand it makes no difference.

And that is where we should all be, walking boldly into our own future and not one that has been constructed by the idealism of anyone  else.

So will there be a what I learned before sixty book coming up, and does he feel that mistakes are the true gift in life?

And what does he enjoy doing most in his life, as he certainly has many things per day that could take up his time?

Well lets find out as we bring onto the show to start joining up dots with the one and only Mr Drew Davis.

During the show we discussed such weighty topics with Drew Davis such as:

Why Drew feels that so many people hold themselves back simply by lack of confidence in the decision making process of their lives. Not every decision is definitive, and will allow backtracking if needed.

Why the beginning stages of the startup process are so important to get your mind into an abundance stage of living. Not everyone has connected with every customer (even if they are already doing what you want to do in your life)

Why Seth Godin talks about how to create the smallest business possible when you start, which is liberating, sensible and allows you to learn as you go.

Why it is such a tightrope to walk, when creating a flourishing business, by being unique and also chameleon like. Being yourself with as much flexibility as you can to make the opportunities you need occur.

How To Connect With Drew Davis