Erik Seversen: The Author Living A Life Of Pure Adventure

Erik Seversen: The Author Living A Life Of Pure Adventure 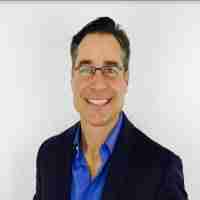 He is a man that as soon as you hit his website and see “Love the Life you Live! Freedom is taken, not given you know he is good.

By living an Intentional Life, we ordinary people can live extraordinary lives.” you know he is perfect for Join Up Dots.

He is a speaker, writer, educator and adventurer who has travelled to over 80 countries around the world and 49 of the 50 states in the USA.

All the time learning from different people as well as having time to think.

Allowing the brain to disconnect and focus on the present is the greatest way to get everything back in focus and on track.

How The Dots Joined Up For Erik Seversen

He has ridden a motorcycle on six continents and crossed the USA on one twice, and he’s summited of the highest mountain of eight countries and five states.

He also has extensive experience teaching at the university level and working in business development, and he still pursues an adventurous lifestyle with his family.

Now let’s reflect back on those first words.

Freedom is taken, not given.

And I’m sure there would have been many times when our guest would have thought “I would love to do this, but nah, I can’t…it’s not for people like me!”

And where does he see so many people going wrong, who say “Erik, I would love to do what you are doing?”

Well lets find out as we bring onto the show to start joining up dots with the one and only Mr. Erik Seversen.

During the show we discussed such weighty topics with Erik Seversen such as:

How so many people fail to realise that there is a world of adventure on their own doorstep. Get in a car at the weekend and see what’s waiting for you nearby.

Erik shares how he started his first business, and the steps that he took to ensure that a steady growth was occuring month by month.

How the power of the work life triangle is the way forward. How many of us add a big dose of “Me Time” into the balancing act?

We discuss how the skill of delegation, and allowing people to do things even if its not the way that you would do it, is a key part of business growth.

How To Connect With Erik Seversen

Return To The Top Of Erik Seversen

If you enjoyed this episode of Join Up Dots then why not listen to some of our favourite podcast episodes such as Jessica Cox, James Barrington, or the amazing Dorie Clark