Michael Prywes: Gasp! How To Seize The Moment

Michael Prywes: Gasp! How To Seize The Moment 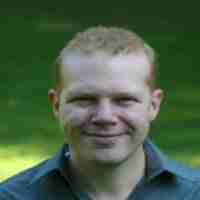 My guest today, on the Steve Jobs inspired Join Up Dots free podcast interview is a lawyer and the host of the podcast How I Broke Into, a show all about the big breaks of successful entrepreneurs and artists.

His creative career began before attending Northwestern University, when he attended the Long Island High School for the Arts (then known as The Cultural Arts Center of Long Island) as a visual artist.

His 4×5 acrylic on canvas “20th Century Icon” was featured in the Sabbeth Art Gallery and a juried competition before he graduated high school.

So I guess it was little surprise that he took his passion for visual creativity and founded 2 Life! Films and Media, an award-winning independent film and internet production company which produced his comedy feature “Returning Mickey Stern.” that won numerous awards in the US and Abroad

But what is a suprise is why he then transitioned from being the content creator into the law industry, by working for an entertainment law firm, the performing rights society ASCAP, and the distribution company New Video Group

This stage of his life appears on the outside to go totally against type, but we may find out on the show that actually it is one of the main dots on the Join Up Dots timeline.

He just released the book, The Gasp: How to Seize that A-Ha! Moment and Turn It Into a Winning Business, and what with his business, podcast and Im sure a brain that runs wild with ideas he is a man spinnning many different plates at once.

So why did he go into Law instead of continuing in the film production arena which played to so many of his early passions?

And where does he see his life going in the future? Into a world of books or a life on the silver screen?

Well let’s find out as we bring onto the show to start joining up dots, with the one and only Michael Prywes

During the show we discussed such weighty topics with Michael Prywes such as:

Why he believes that work life balance is a myth, and we should recognise that both will not be in perfect symmetry of each other…but that doesnt mean that we shouldt try our best to achieve that state.

Why so many entrepreneurs state that they will make the leap of faith from their jobs to have more family time and then so work hard to build the business they see less of who matters most.

Why Michael is a great advocate of Google Calendar and will schedule his whole day in fixed blocks of an hour to keep maximum focus and productivity.

Why the amazing concept of Time, Energy, Emotion and Money and operating your life as a bank account is such a powerful one that we should all take on board.

How To Connect With Michael Prywes