Perry Marshall: From Darwin To Evolution 2.0

Perry Marshall: From Darwin To Evolution 2.0 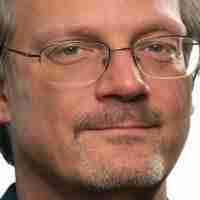 My guest today, on the Steve Jobs inspired Join Up Dots free podcast interview is an a man who Entrepreneur Magazine states, “This guy is the #1 author and world’s most-quoted consultant on Google Advertising. He has helped over 100,000 advertisers save literally billions of dollars in AdWords stupidity tax.”

He is an author, speaker, engineer and world-renowned business consultant in Chicago.

And now with a decade of research, he brings a fresh perspective to the 150-year old evolution debate…..he brings about a very different view to what Darwin would have classed as fact.

How has he done this?

How has he managed to dissect what the world has believed is fact?

Well in the same way as Bill Gates of Microsoft and the founders of Google revolutionized software and the Internet through their status as outsiders.

Similarly, our guest harnesses a communication engineer’s outsider’s perspective to reveal a century of unrecognized research and discoveries.

But this is just one part of what has brought him onto Join Up Dots, so who knows where today’s conversation will go?

So what made him start looking into the works of Charles Darwin, when the world has debated it openly for decades?

And does he now have his eyes on other areas of science and fact?

Well lets find out as we bring onto the show to start joining up dots with the one and only Mr Perry Marshall.

During the show we discussed such weighty topics with Perry Marshall such as:

How he came to the realisation that there was no way that he could punch the clock everyday, and just had to create his own path no matter how hard things would be in the future.

Perry remembers finding that the more he worked in his sweetspot the quicker he career took off, which suprisingly took him years to grasp the fact.

What made him decide that he could be the person to discount the theories of Charles Darwin, and  even more so have the confidence to go forward and then present his works to the world.

We try to get Perry to score himself in the Evolution Olympics podium placings. Who would be number one Darwin or Marshall? You will have to listen to find out!

How To Connect With Perry Marshall