Travis Chappell: Building Your Network To Become Your True Net Worth

Travis Chappell: Building Your Network To Become Your True Net Worth 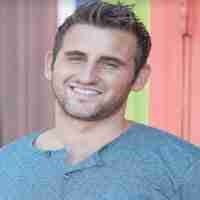 He is a man who believes that your network is your true net worth.

Yeah, we have heard this phrase many times on Join Up Dots, but what does it truly mean, and how can you build a business around it?

Well his belief that it’s not what you know its who you know started for him back in high school.

He started to figure out that if he could land larger landscaping jobs, it would actually pay a much higher hourly wage, while being able to afford to pay a lower hourly wage to workers to help him get the job done faster.

As he says “I remember sitting in class one day while managing two landscaping jobs that I had done nothing but sell and manage, but I was still going to make the same or more than the college students I was paying to do the labour on the jobs.

That is when I realised the value of selling and creating customer relationships.”

And so as you can see the germ of an idea which had been there niggling away for quite a few years was already there, it just needed to wait until his dots began lining up.

And now those dots are well and truly lining a path across the world.

How The Dots Have Joined Up For Travis Chappell

As the founder of the Build Your Network podcast he is bringing tips, to interviews and weekly advice to anyone looking to blast a path to the top.

As he says “If you have ever wondered how to meet the influential people in your industry.

If you have ever been frustrated because you just aren’t moving forward in your career as quickly as you thought you would.

If you don’t lack ambition or a thirst for learning, but just can’t seem to get ahead, then look no further than Build Your Network.”

So what is it about building networks that people struggle with the most?

And does he see the same mistakes being made time and time again?

During the show we discussed such weighty topics with Travis Chappell such as:

We discuss how everybody is just six degrees of separation, which is why it is so important to start your network to give you the greatest chance of success.

Travis shares his reasons for not going for the big love in your life, but  instead trying to find the love within a job that you may not like doing.

Self development has been a big part of Travis’ success, with masterminds, courses and conferences a huge but worth expense at the start. Are you ready to invest in yourself?

Travis answer the big question that needed to be asked: Would he say he was a “Stalker or groomer”…you need to listen to the episode to find out the answer.

How To Connect With Travis Chappell

Return To Top Of Travis Chappell