Kenneth Kelly: Finding The Real Magic Within The Human Spirit

Kenneth Kelly: Finding The Real Magic Within The Human Spirit 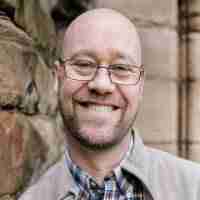 If you listen to Join Up Dots on a daily basis then you will hear me wax lyrical when introducing a guest as I certainly like to do my research, but todays show is different.

When my guest connected with us to request a place on the show, he hit me with this little tale and I didn’t think i could out do this little lot.

So in his own words “On the day I turned 30 years old I looked around me and I knew things had to change.

I looked up at the barbed wire toped concrete walls of the maximum security prison I had called home for the last 2 years and I wondered where everything had gone so wrong.
Only a few years earlier life had been about fast cars, women and parties. I was born in England but schooled and grew up in Johannesburg in South Africa.
I had a career in television that put me in peoples living rooms on a daily basis. I was a household name and people would ask me for my autograph when they saw me out and about.
The choices I made led me to class A drug addiction and the results pulled the carpet from under my feet. Everything was gone within 3 months and I found myself living as a homeless man in one of the most dangerous cities in the world, Johannesburg.
Drugs lead to crime and crime leads to prison. After 9 months awaiting trail I escaped from prison.  Two weeks later I was re-arrested buying drugs on the street. I was sentenced as a security risk prisoner and given 3 years without parol in a maximum security prison.
Today things look very different and I live a happy and peaceful life with my wife Colette and my daughter Kristen.
I run a number of successful online businesses that pay my bills, I have authored a book due for release in June and I am able to enjoy a balance in life through my work as a psychotherapist. “
Wow , what a story, but believe me  there is so much more to the guys tale, the we could literally go three or four episodes and still not touch the surface.
So looking back on his life as a famous TV magician, did he find it easier to to get to the top, than he has since getting out of prison and changing direction?
Or was that just the starting point to what he would call his “Sweetspot”…..has he now found the path that he would say was truly his to find?
Well let’s find out as we bring onto the show to start joining up dots with the one and only Mr Kenneth Kelly

During the show we discussed such weighty topics with Kenneth Kelly such as:

How he found the ability to perform magic in his early days was a great way of finding acceptance with his peer group, as he felt very isolated.

How me and Kenneth both have to deal with social anxiety on a daily basis. and the steps we need to take to handle the issue allowing us to perform to our highest level.

He shares with is the moment that his career was well and truly finished, standing at a window looking down on the pavement deciding to jump, and what stopped him.

Why his parents  loved the idea of him becoming a magician at the age of seven, but told him to get a real job when he told them the same at eighteen…. is this a common occurrence across the globe?? Yeah of course it is!

How To Connect With Kenneth Kelly