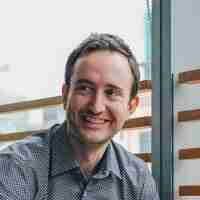 My guest today, on the Steve Jobs inspired Join Up Dots free podcast interview is an expert in FBA Amazon.

Although that wasn’t always the case.

John Cavendish is a man who boldly tackled the side hustle whilst maintaining his role as a Director of Kurbis Engineering before travelling the world .

And that my friends is what we strongly suggest on Join Up Dots.

Start creating your online venture whilst still working for a living until that moment when you can step away and go for it bigtime.

And today’s guest is certainly going for it big time with his new platform teaching the world to smash it on Amazon Europe.

How The FBA Amazon Adventure Started

Before starting his Amazon Europe journey, our guest had zero experience with running an online business.

After university, he joined the corporate world in London but rapidly realized that it was not for him and so after launching his first Amazon brand in 2014, he was soon able to quit his job to travel the world and network with other successful Amazon sellers from around the globe.

Today, he’s generating 6 figures of revenue per month from over a dozen products in Europe.

His experience led him to develop a specific, step-by-step system to find success with every product launched and now has  developed his company FBA Amazon Frontiers.

He did this because so many sellers he met had great businesses on Amazon.com, but had completely dismissed Europe.

He’s since made it his mission to help sellers overcome the barriers to entry in the EU and find success by bringing their products into Europe.

Interesting stuff, and I am sure many of you out there will be scribbling down notes through this show.

So what was the first product that he brought to market that really showed that he was on to something big?

And do people need to create the product themselves or can they jump on the back of the affiliate route?

Well let’s find out as we bring onto the show to start joining up dots with the one and only FBA Amazon expert, Mr John Cavendish

During the show we discussed such weighty topics with John Cavendish such as:

How John started his business, by working around his full time employment for just a few hour each day and why he feels that you can do the same too.

Why it is so important to surround yourself with the most positive people that you can find, which John has managed to do in abundance and is now reaping the rewards big time.

Why having an exit plan in a business is such a good idea, as it will allow you to transition to what you want in life instead of getting trapped by what you have created.

Why he feels that Amazon UK is such an amazing opportunity for anyone nowadays. How many businesses have a process that can be followed step by step for a new entrepreneur.

How To Connect With FBA Amazon Expert John Cavendish

Return To The Top Of FBA Amazon