Welcome To The Join Up Dots Business Coaching Podcast With Johnny Berba. 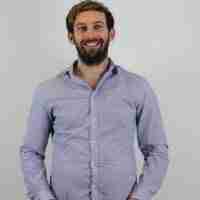 Johnny Berba is today’s guest joining us on the Join Up Dots free podcast interview, a man who has a fascinating story that isn’t very often talked about.

You can actually hear the second time Johnny was interviewed on the show too.

But I guess it is so common in the world that there should be herds of similar guys connecting with each other and supporting each other, but I’m not sure that they do.

“Let’s tell you how it all began……

“In The Beginning: All throughout his early teens he suffered from social anxiety. Going out and doing normal, everyday things such as going to the shopping centre or travelling on a busy train felt like a huge stress.

He remembers being around large groups of people feeling really nervous and anxious and just wanting to run away and be alone.

But he knew that this was not something that he could just ignore as it really affected his entire life.”

How The Dots Joined Up For Johnny Berba

So he started to take action and the manner that he confronted his fears and then built a whole business around it was remarkable.

Instead of sitting in his room allowing life to pass him by, he found a mentor who seemed to just make relationships happen like magic.

But of course there is no such thing as magic, and little by little he started to realise, especially in regards to talking to women what he was doing wrong.

As he says “I decided that I would no longer hit the nightclubs and would drop all the pickup lines and routines.

It was time to return to the streets to find a girlfriend and just work on being myself and allow my conversations to freely flow in whatever direction they would naturally go.”

Gaining confidence in his new found skills he started going out on the streets of London, filming his interactions for fun and posting them on Youtube.

Not just his successes, as he also added the process of filming, monitoring, and allowing all the mistakes he was making shown to the world, slowly fine-tuning them for better results.

His channel started growing slowly and caused stirrings within the London dating world as many believed that being ‘a natural’ was not the way to go.

Ignoring this, he stayed strong and continued to push his beliefs which eventually led to inspiring a large platform of guys to take action.

So how has he taken this momentum and built a business around it?

And is this something that has truly tapped into who he is, or is that nervous anxious individual still lurking under the surface?

Well lets find out as we  bring onto the show to start joining up dots with the one and only Johnny Berba.

During the show we discussed such weighty subjects with Johnny Berba such as:

How he knew as a young kid that he was going to be as successful in his life no matter in what area should it occur.

How putting out our results to the world good and bad, is the true power method of building up trust and loyalty

Why the English are always looking to hide away from their successes and play small in your life…but should learn a different way to operate.

Why honesty with an equal balance of empathy is the perfect formula for success in life.

How To Connect With Johnny Berba

Return To The Top Of Johnny Berba

If you were inspired by Johnny’s conversation on the show why not check out other inspiring talk such as Cathy O’Dowd, Sophie Radcliffe and the amazing Jason Lewis