Welcome To the join Up Dots Entrepreneur Podcast With Paul Cassarly 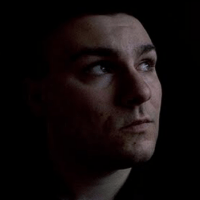 Today’s guest, joining us today on the Join Up Dots entrepreneur podcast interview is a man who last appeared on the show back in 2017  when he connected with us after being a listener for awhile.

Back then he was trying to find his way to becoming the master of his own future, creating his own business, and finding clients.

He wanted his own business more than anything and had several ideas as to businesses he potentially had the skills for.

Well since that conversation he has started his business Cassus Media back in August 2017, and officially left his last employer in January 2018 to strike out on his own as an entrepreneur.
Cassus Media is a digital marketing solutions agency, originally launched with the idea of creating marketing videos which has now expanded into full-service organic social media and pay per click management services for small to mid-size businesses. He has worked with clients from around the United States and even the world in just the short time he’s been in business, most notably from Norway, Sicily, and Ethiopia.
Now the entrepreneurial journey is not easy for sure, and he has gone through some very difficult challenges with his career, not least being discharged from the military abruptly after making some mistakes caused by traumatic events in his teenage years, of which he’s now overcome and is thriving, and becoming recently single.
He also has ploughed into the life of not knowing if his efforts will come to anything, but being excited by where he is heading, in his words “The sky is the limit in the coming years”
So what was the hardest part of taking the leap and becoming his own boss?
And is the true battle one with the outside world of actually within his own head?
Well let’s find out as we bring onto the show to start joining up dots with the one and only Paul Cassarly

During the entrepreneur podcast show we had deep hitting conversations with Paul Cassarly around subjects such as:

Paul shares how he created his first business without clearly defining the needs of his customer and how to service them.

We discuss why it is a bad thing to put all your eggs into one basket, and the reasons why you have to diversify your offerings.

Why the coaching business is such an amazing way to create a quick business, due to the personal interaction that you can get.

Why niche, niche, niche until you become the category of one is the easiest way for business success.