Podcast 545: Rick Astley: The Man Who Was Never Ever Gonna Give It Up

Podcast 545: Rick Astley: The Man Who Was Never Ever Gonna Give It Up 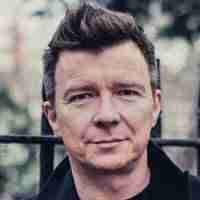 Todays episode of Join Up Dots brings to you a story of entrepreneurial success and persistence.

Musician and 80’s pop star Rick Astley has returned to the top of the UK album chart after a gap of 29 years. Which is astonishing in so many way, not least to the man himself.

You see this was music made by himself, for himself.

This was the love of the craft finding a place in the UK record buying publics heart.

The star first found fame in the 1980s as part of the Stock, Aitken, Waterman hit factory – but his new material presents a more mature, soulful sound.

He was engaged in a battle for the number one slot over the last week, changing places with Tom Odell on several occasions. In the end, he outsold the Chichester-born singer by just 3,700 copies.

“I like Tom Odell,” Astley said. “I bought his last album, and I’m going to buy this one as well, but I’ve held off from buying it this week!”

Astley last topped the chart in 1987, three years before Odell was born, with his debut album Never Gonna Give You Up.

The star said he’d enjoyed the support of pop royalty in his quest for the top slot this week.

“Elton John’s sent a few texts over the last couple of days and just called me now to celebrate and said ‘just make sure you enjoy it.’

“He’s one of those people I’ve always respected… so it was a nice moment to get that congratulations.”

But is this a story about persistence, or talent just finding its time to shine again?

Well lets find out as we bring onto the show the story of the man that was never ever gonna give up…..the one and only Rick Astley

Buy The Musical Output Of The Legend Himself