Welcome to the Steve Jobs based Join Up Dots Free Podcast Interview with John Finch. 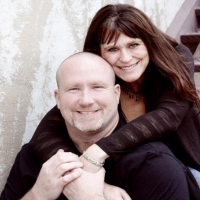 Today’s guest joining us on the Steve job inspired podcast, grew up the youngest of 3 boys in a suburb of Dallas where he lost his father to suicide at age 11.

Subsequently as a young man, he did anything he could to avoid confronting the wounds he suffered as a result of being fatherless.

In an attempt to find value as a man, he created a false persona that left him completely unfulfilled.

His life was based on the pursuit of money in order to prove his success and he became a social alcoholic as he strived to be the life of every party and gain the attention of those around him.

It was only when he realized and dealt with the unresolved issues of his father wound that he was able to become truly fulfilled.

On April 10th, 2009, he finally came face to face with the issues that drove him to seek approval from a father who was not there to give it to him.

By forgiving his father and recognizing what it truly means to be a man, he became a new man, husband and father.

And now with his film The Father Effect” highlighting to the world the damage that fathers do unwittingly to their kids, he has become an award winning producer, happier than ever, and on a mission to change lives.

So does he think that without the tragic ending of his father, he wouldn’t have got to this position now?

Did he need that to start of the sequence that has lead him to the happiness he is feeling today?

During the show we discussed such weight subject such as:

How through his research and work talking to fathers across the world he discovered the shocking facts that ten out of ten people have father wounds.

Why he makes so much effort with his children to let them understand how he is feeling, his mistakes, his struggles. He is intentional with his actions which are a gamechanger

How he recalls the moment in great detail, when he flicked the switch on his future life, and the steps that he took to take control of something that he had lost in the bars of America.

How he now sees his lack of knowledge of film making as a huge bonus in the creation of The Father Effect. It doesnt matter if you dont have all the information, work it out as you go along.

How To Connect With John Finch