Richard Lynch Band: Showing The World That The Country Music Greats Live On

Richard Lynch Band: Showing The World That The Country Music Greats Live On 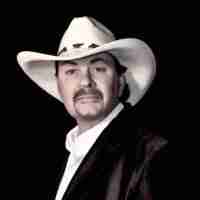 From the Richard Lynch Band my guest today, on the Join Up Dots Business Coaching podcast interview is the man himself.

Richard Lynch, a man who is moving forward into his future by keeping true to his past.

Based in Waynesville Ohio, he is an American Country music artist, who has released a long list of chart topping hits in the world of traditional country music, and delights audiences across America with his brand of infectious honest to god country.

And its with little surprise that he is travelling the highways and byways, as this is a passion that has been with him since the early days.

How Did The Dots Join Up For The Richard Lynch Band ?

As he says “I knew that music was what I wanted to do from an early age. We just were country people who loved country life. I remember in study hall, I would get out my guitar and we’d go pick and sing”

But what makes this guy even more interesting, is he does all this whilst still being a farmer and barn designer/builder by trade.

Yes he manages to to makes an honest, blue collar living at the same time as playing over 100 events/shows each year, all over the country.

How he fits in the two I have no idea, but we will find out during the show.

He credits much of that philosophy to the work ethic and morals that were instilled in him by his parents.

Where Did He Get His Country Music Belief?

He says “I grew up on a 110 acre farm. We always had plenty of livestock, horses, and cattle – plenty of chores and things to do.

We didn’t have a whole lot of money growing up, but we never went hungry or had any wants. I know what it’s like to go through hard times, but by the same token, I wouldn’t trade the way I was raised for nothing. It made me decide and realize that in life, you get what you put into it.”

Along with his band he is certainly doing just that all over America. with music as he says that is “Country, the way country music was meant to be”

So with a foot firmly planted in the worlds of Hank Williams, Hank Snow, and the Ryman Theatre legends, what does he think of the new style of country music being released today?

And if he could go back in time and record with anyone, who would he choose?

Well let’s find out as we bring onto the show to start joining up dots, with the one and only Mr Richard Lynch

During the show we discussed such weighty topics with Richard Lynch such as:

How he recalls getting up on the stage at the eight years old with his Father Woody Lynch and singing “A Tiger By The Tail”. He knew  in that moment that his future was sett.

How he remembers so many times hearing  “No”, in his life.

The rejections had an amazing effect on both Richard and his wife to prove the world that they were wrong.

Why we all have to go on a journey where you go through people that don’t work, and find people that do. None of us will get our perfect team straight away, but little by little you prune and remove until your world gets just as you want it.

How he couldn’t quite believe in himself and his talent. It took the vision of his wife to pull the Richard Lynch band together.

Showing once again, that we all need the help of others to create our futures.

How To Connect With The Richard Lynch Band

Return To The Top Of The Richard Lynch Band

If this show inspired you to go after the dream yourself then check out Dorie Clark, Tim Templeton and the amazing Laura Roeder

Of course if you want to hear all our amazing shows then jump over to the podcast archives to hear thousands of interviews by simply clicking here.