Sylvester Stallone Is The Subject Of The Join Up Dots Podcast

If you like the show, we would be so grateful if would consider leaving the show a review in iTunes as well as Stitcher Radio.
A couple minutes of your time can help the show immensely!  Thank YOU! Sylvester Stallone’s story is one that has inspired many.

From the depths of the Hollywood blacklist to his status as a household name, the actor and writer is a true success story.

His Rocky movies and Rambo series are some of the most famous films in history and he went on to become a celebrated director, businessman, philanthropist and author.

Today, in his late 70’s, Sylvester Stallone remains one of the world’s best-known actors but his route to success was anything but easy.

A Long Way From Hollywood

His family background is Italian-American and he has two older sisters named Toni and Julie Ann.

His mother left her husband when Sly was only three years old, so he moved with his siblings to live with their father’s parents in Washington Heights in northern Manhattan.

His story started building dots was an amateur boxer, who won numerous Golden Gloves competitions which was one of the dots that gave him insight into a world that would be his key to success.

As we see time and time again in Join Up Dots, the dots are not always clear at the time and can only be referenced as an amazing opportunity later on down the line.

He attended high school at DeWitt Clinton High School but did not graduate as he had poor grades due to his persistent acting career which began at age 13 when he appeared in several commercials like Johnson & Johnson baby powder commercials or Richfield Oil commercials.

He also appeared alongside Michael Caine on The Phil Silvers Show (1955) as well as on Mickey Rooney’s variety show where Sylvester got involved with the entertainment industry even further by doing stunt work for movies such as Bullitt (1968).

He could see where he was heading and it was obvious to him that he had the talent to make himself a star.

However as we find time and time again in life one persons vision of success is not how the world sees it.

More often than not the world says “You ain’t going to get this easily but persevere and we’ll see what we can do for you in the future.”

How Long Can He Keep On Going?

It didn’t take long for Stallone to get work, but his first role wasn’t exactly the one he had in mind.

He even went through a short period of homelessness, spending a few night sleeping on the floor of a bus station in Los Angeles.

It wasn’t until 1974 when Stallone finally got another chance at stardom after landing his breakout role in The Lords of Flatbush, which became a modest success at the box office.

Although this film marked the beginning of a career that would span four decades and over 60 films, Stallone was forced to accept a small part due to being rejected by many casting directors who didn’t think he had what it takes.

In fact nobody thought he had what it takes and a lonely, poor and often starving two years passed by, whilst the dreams and passions to make it as an actor took hit after hit.

The following year saw him star alongside Charles Bronson and James Coburn in the crime thriller Death Wish.

While this movie did not generate much attention initially upon release—it was actually panned by critics—it has since become one of Stallone’s most lauded roles and is widely considered one of the greatest action movies ever made:

You may even recognize it as an inspiration for recent hits like Taken or John Wick!

The Start Of Success With Rocky Balboa

In 1976, Sylvester Stallone was at breaking point and seeing that nobody would give him a chance to star in their own movies, he wrote a screenplay about a down-and-out boxer who gets a last chance at glory.

The film tells the story of Rocky Balboa (Stallone), a down-and-out boxer who gets a second chance at glory when he’s given the opportunity to fight against heavyweight champion Apollo Creed (Carl Weathers).

The script starred Stallone himself, and he hoped to star in the part as well.

However, because of his lack of acting experience and Hollywood connections, no studio wanted to make it with him in the lead role.

It was time to do some serious soul searching and find a way around the endless obstacles that were in his way.

Even though he was desperate for income, he decided to turn down the $350k that was on offer for the work, even though he had only $106 to his name.

He had no car, and was trying to sell his dog because he couldn’t afford to feed him, and instead Stallone instead offered himself as both writer and director on the condition that producers let him play Rocky Balboa for free (ironically enough).

Rocky became an instant hit when it was released in early 1977 and received six Academy Award nominations from which it won three including Best Picture.

By taking risks to share his vision with the world, Sylvester Stallone’s $106 investment in Rocky turned into $7 million.

And then the struggles occured again as after his initial success with Rocky, Stallone struggled for several years as an actor before hitting it big again with First Blood (1982) and Rambo: First Blood Part II (1985).

These films were both box office hits that earned him millions of dollars and increased his popularity with audiences around the world who enjoyed plenty more of the Stallone muscle flexing movies – sprinkled with turkeys that he and his audience wished he had never made.

The Start Of Success With Rocky Balboa

Sylvester Stallone has created a variety of businesses to help make him even more successful.

Stallone was one of many celebrities who lent their names to clothing lines during the 1980s and 1990s; his line was called “Sly Gear”.

Now if it seems that Sylvester Stallone now had a golden touch and nothing he did failed think again. This business failed.

This followed his first major business failure which was with a restaurant called Eat Your Heart Out, which he opened in Los Angeles in 1992. The business was closed after two years due to financial problems.

He then endured more when he tried to open a club called Club Paradise in Las Vegas in 1998. The club was forced to close after only three months due to poor sales.

The venture ended up costing him $100,000 and earned him the nickname “the worst businessman in America”.

But Stallone knew that failure was simply part of the game, and the more time you failed the more you succeeded too.

This is a story is about failure, but also about redemption.

It’s about overcoming adversity and refusing to give up.

It’s the classic Hollywood rags-to-riches story, with all it’s ups and downs, triumphs and tragedies.

At it’s heart though, it’s just one man fighting against himself and the world to get what he wants out of life—and sometimes that man wins and sometimes fails.

Are you willing to do whatever it takes to make your dream come true in life?

Are you willing to take the hits and keep moving forward.

If you have then you are on your way to greatness as success is waiting for you.

Return To The Top Of The Sylvester Stallone Success Story

If you enjoyed this episode of Join Up Dots business coaching podcast, then why not listen to some of our favourite podcast episodes such as David Kadavy, Dan Lok, Sophie Radcliffe, or the amazing Clint Arthur Or if you prefer just pop over to our podcast archive for thousands of amazing episodes to choose from. 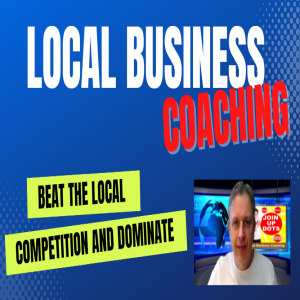 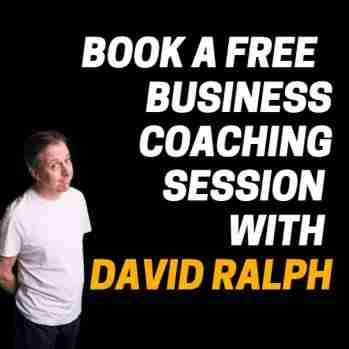