Matt Marr: An Actor Re-writing The Story Of His Life

Matt Marr: An Actor Re-writing The Story Of His Life 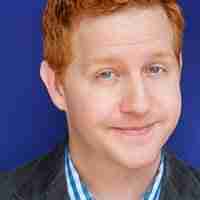 My guest today, on the Steve Jobs inspired Join Up Dots free podcast interview is a guy who has a title that I have never used before on any show

But it is one that I wish that I had come up with, as he has been called the Gay White Oprah which is a fantastic name.

But how has he come to receive such an accolade you maybe asking?

Well my listeners it can be put down to one thing, or maybe two things.

You see all business success is based on these two characteristics, and it seems that our guest has them in abundance.

So it’s with little surprise, that after receiving his Masters in Clinical Psychology from Antioch University in 2009, he has been taking this ability to open the hearts of whoever he talks to by helping people everywhere with his weekly advice podcast “The Dear Mattie Show” where he discusses  relationships, sex, fear, friends, job, and even makeup in an inspiring and entertaining format.

But if you are thinking that this is just another normal type of life-coach guest that you see all over the shop,then think again.

He is also a singer; received a undergrad in Opera Performance from the University of North Texas, has been active in the project Get Empathy, a campaign to build a national movement to stop bullying in schools. Communication Director for Brave Trails, supporting Gay, Lesbian and Trans-Gender folk to become thought leaders in their fields, and a stand-up comic and producer.

So with all these different experiences and knowledge, is there a chance that he could get lost with himself and dilute whatever he considers his god given super power?

And when he get someone to start talking does he every think…”Ok, Ok, I think this was a bad idea? This person just wont shut up?”

Well lets find out as we bring onto the show to start joining up dots with the one and only Mr Matt Marr.

During the show we discussed such weighty topics with Matt Marr such as:

How he has built a career by following his muse and helping people in the world to feel validation that their own personal story is ok.

Why he found his undergrad period so difficult, and realised for the first time in his life that success is not guaranteed by how hard you work.

Why losing a great friend, is just part of the journey which has to be taken as you work towards success. You just cant take everyone with you, losses are inevitable.

Why he has such a great connection to Wonder Woman, and explains in depth how the escapism of a super hero was so powerful to him as a young child.

And how in one small comment on a podcast he has probably ruined the host of Join Up Dots sexlife forever!

How To Connect With Matt Marr